The Dirty Truth about Fish Farms You Need to Know About 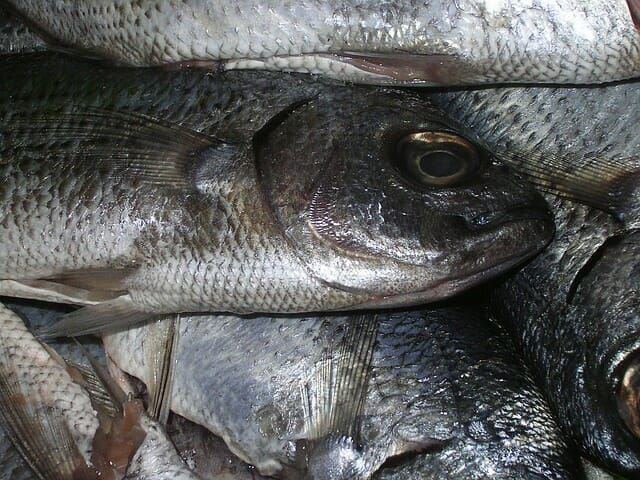 You probably already knew that fish farms are hell-holes of overcrowding, unnatural life cycles, and dyes added to their diet to make fish look healthy. But did you know that vaccines are given to farm-raised fish, as well? A recent study has found that in the face of the sheer amount of disease, waste, and contamination found in the overcrowded, filthy waters, the practice of vaccinating farm-raised fish isn’t just tragic, it’s completely useless.

The study concluded that the vaccine made the fish unable to fight off multiple diseases at once, wreaking havoc with their natural immune responses.

“Fish have a limited number of resources to respond to an illness so their immune system makes choices–when they’re infected by sea lice, for example, the fish’s immune system is suddenly geared to respond to that specific threat, leaving them totally exposed to other threats like P. salmonis,” said Brian Dixon, a professor in biology at Waterloo. “It’s like sending ambulances out to all emergencies when in fact some of those emergencies need firefighters.”

The solution may seem like a simple one — wouldn’t giving the fish multiple vaccines solve the problem?

According to the study, fish given multiple vaccines died from stress of too many injections.

And because fish farms are riddled with various bacteria, parasites, and diseases, all of the fish cramped inside the farms are, too.

Last year, Hereditary chief George Quocksister Jr. from the Laich-Kwil-Tach Nation went to multiple salmon farms along the east coast of Vancouver, gathering footage to document the horrific conditions in which the animals live.

The video footage reveals blind, emaciated fish wallowing in their own filth, others infested with parasites, and others with massive tumors and gills swollen from the effort of day-to-day survival in the putrid farms.

Another study done by Royal Society Open Science in 2017 found that certain salmon, called “loser fish” and “drop-outs” by farmers have become so depressed from domestication that they float on the water’s surface, as if they were already dead.

After a terrible life on the farm, fish are treated mercilessly during slaughter, where many are skinned alive before being packaged and sold for humans to eat.

And while eating wild-caught fish might seem like a better alternative to end the cruelty, there is even more fraud and ecological danger in the wild seafood industry.

Although touted as “sustainable,” fish farms are wreaking havoc on our environment. The mass amount of waste and disease accumulated by fish farms ends up in nearby streams, lakes, and oceans, spreading the problem into our wild waters.

What’s more, a study done by Oceana found that 43% of salmon in restaurants and grocery stores were mislabeled. A whopping 69% of that number were labeled “wild caught” when DNA tests proved they were in fact farmed Atlantic salmon. Others proved to be farmed Atlantic salmon were labeled as “Pacific” or “Alaskan,” or even as more valuable species of salmon, such as “Chinook”.

Consider what people put into their bodies when they eat these fish: chemicals, disease, and the body of an animal whose life was spent — and taken — by means of torture. The most sustainable way to support the health of our waters and the wellbeing of these living, sentient beings is to keep them off of our plates. Eliminating animal products by going vegan is the most environmentally-friendly, cruelty-free thing you can do, and it feels great, too!