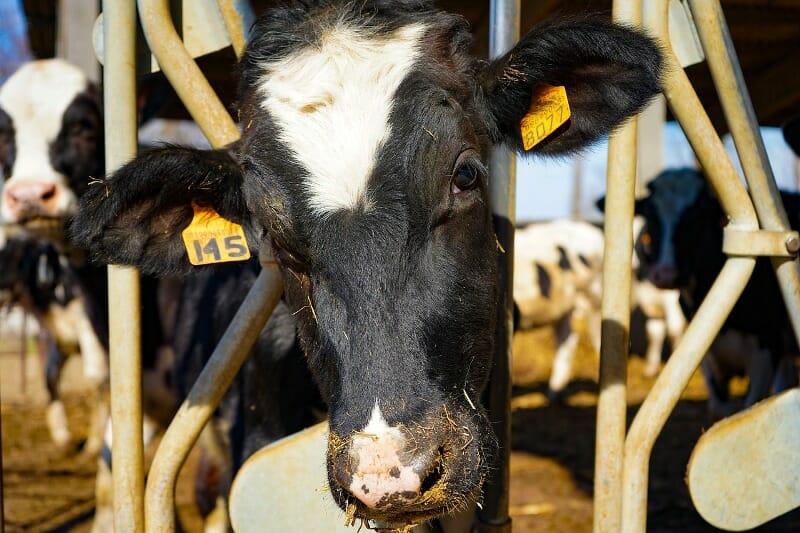 Further proving that animals think and feel just like we do, a new study has found that cows produce individual vocal responses to different emotional situations.

According to research published in Scientific Reports, dairy cows use their distinctive “voices” to communicate with each other.

During a five-month period, University of Sydney Ph.D. student Alexandra Green studied a herd of 18 Holstein-Friesian heifers and recorded 333 samples of their moos. After analyzing the different vocalization pitches, she determined that the cows express different emotions, such as distress, arousal, excitement, and engagement, depending on the situation.

“It all relates back to their emotions and what they are feeling at the time,” she explained. “We found that cattle vocal individuality is relatively stable across different emotionally-loaded farming contexts. We hope that through gaining knowledge of these vocalizations, farmers will be able to tune into the emotional state of their cattle, improving animal welfare.”

“Ali’s research is truly inspired,” added Green’s academic supervisor, Associate Professor Cameron Clark. “It is like she is building a Google translate for cows.”

Studies have previously found that female cows communicate with their calves through individual lowing sounds, but this new research demonstrates that this connection continues throughout their lives and also within a herd.

“Cows are gregarious, social animals. In one sense, it isn’t surprising they assert their individual identity throughout their life and not just during mother-calf imprinting,” Green continued. “But this is the first time we have been able to analyze voice to have conclusive evidence of this trait.”

The best sure-fire way to save cows from distress? Leave them off of your plate and choose plant-based meat and dairy alternatives, instead.