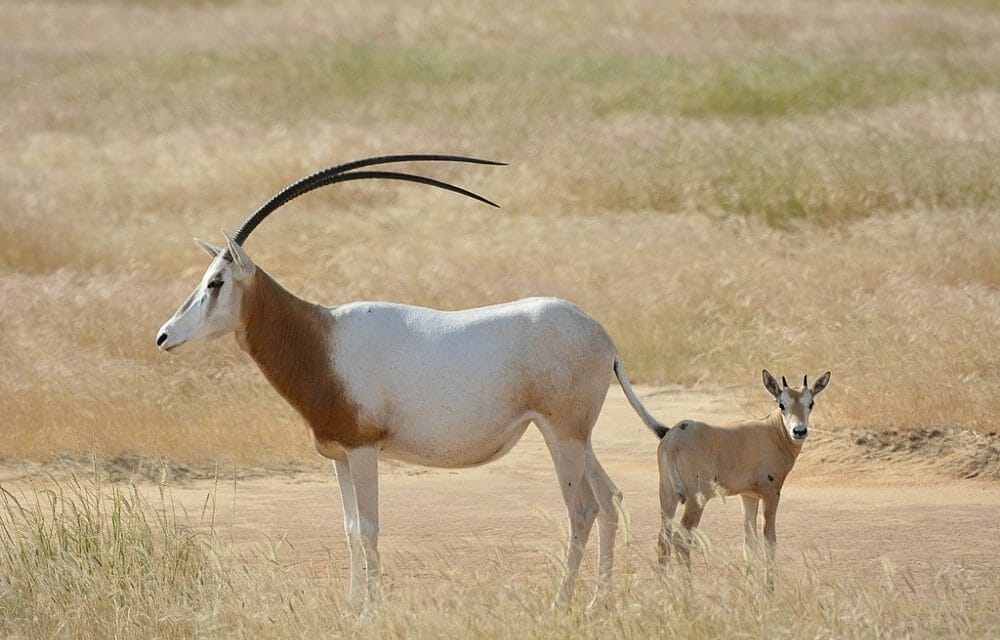 A scimitar-horned oryx is one of the species saved from extinction by conservation efforts, according to a new study. Image via Wikimedia Commons.

Conservation efforts have saved almost 50 bird and mammal species from going extinct over the past three decades, a new study found.

Researchers at Newcastle University, a public research university based in the United Kingdom, and BirdLife International, a global partnership of nonprofits dedicated to protecting birds and their habitats, analyzed 60 species listed as endangered on the International Union for Conservation of Nature’s Red List (Red List) since 1993.

Results published in the journal Conservation Letters found conservation efforts have kept 48 species across more than 20 countries from going extinct.

Survivors include the bright-eyed Iberian Lynx, the darling pygmy hog, and the majestic California condor. Also included in the list of species saved are the gorgeous jewel-colored Puerto Rican amazon and Spix’s macaw, Mongolia’s regal wild Przewalksi horses, and the imposing scimitar-horned oryx.

The study determined extinction rates for species would have been three to four times higher without conservation efforts.

Despite the good news, the call to conserve the planet’s biodiversity remains urgent.

The study also highlighted that 15 species have gone extinct or are strongly suspected to have disappeared since 1993, despite conservation efforts. The three top threats to both bird and mammal species are invasive species, encroaching agriculture and aquaculture operations, and hunting, as identified by the study.

The Red List still assesses more than 6,800 species as “critically endangered,” including the playful porpoises known as vaquitas who live in the Gulf of California and remain decimated by illegal fishing operations.

But Phil McGowan,  a Newcastle University professor who co-led the study, said the study’s findings offer “a glimmer of hope” that should encourage governments to continue commitments to protecting endangered species.

“There is no doubt that we are facing an unprecedented loss in biodiversity through human activity,” McGowan said. “The loss of entire species can be stopped if there is sufficient will to do so. This is a call to action: showing the scale of the issue and what we can achieve if we act now to support conservation and prevent extinction.”

Lady Freethinker applauds animal protection efforts around the world and every conservation effort to recognize diverse species’ inherent rightful place on this planet.