Community Bands Together to Save Captive Monkey from Death Sentence 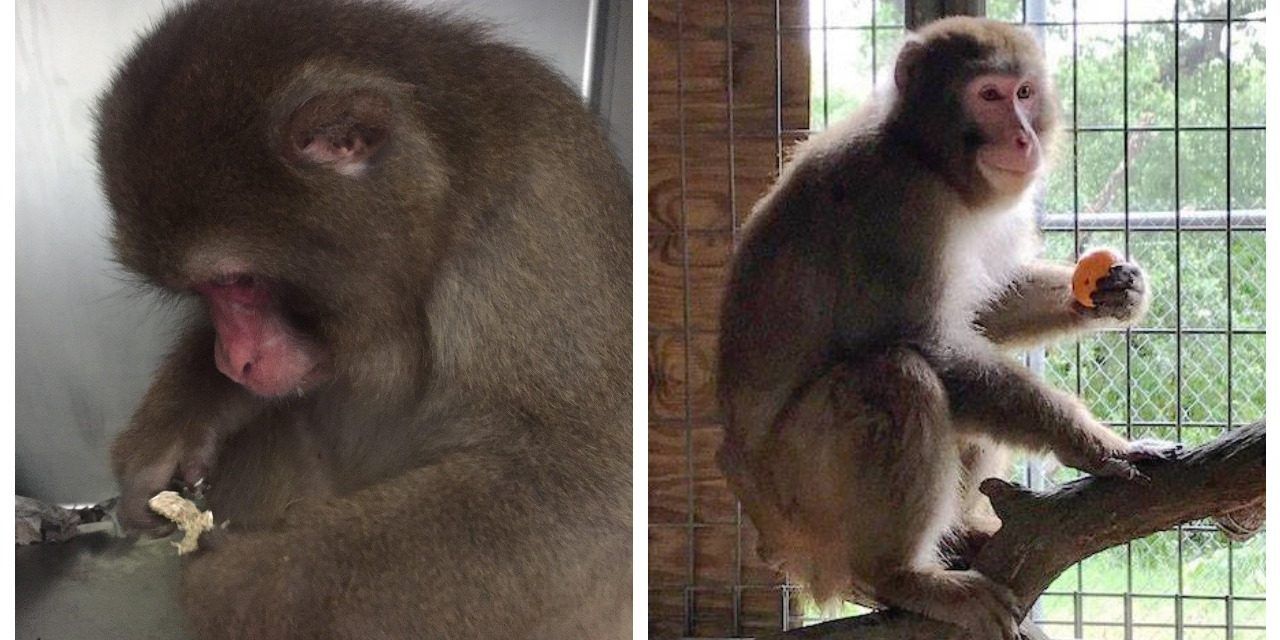 A caring community in Texas fought together last week to save the life of a “pet” monkey who had been sentenced to death after biting the finger of a 2-year-old boy.

Charly, a Japanese macaque, had been kept as an exotic pet by a local resident. Following the incident, his keeper surrendered him to Hidalgo County Animal Control, who made the decision that he must be euthanized. He was then sent onwards to Palm Valley Animal Center (PVAC).

Authorities said that euthanasia was necessary to screen the monkey for rabies – a test that can only be determined post mortem – in spite of the fact that there has never been a recorded case of rabies in a primate in the United States.

Following the announcement that an innocent animal was about to be killed, local animal advocates acted immediately. Faith Wright and Monica Frenden, managers from Maddie’s Lifesaving Academy at Austin Pets Alive (APA), stepped in and fought for Charly’s life. Texas Pets Alive and The Humane Society of the United States (HSUS) joined forces and called on local media and concerned individuals to reach out in support of Charly, encouraging them to contact the State Health Department and protest the decision.

Wildlife Rescue and Rehabilitation (WRR), a 212-acre sanctuary in Kendalia, Texas, quickly offered to take care of Charly for the rest of his life, should the death sentence be reversed. They generously promised to cover all costs for his quarantine, transport, and lifelong care.

“This is yet another incident in a long and ugly history of wild animals being subjected to the horrors of wild animal ‘pet’ trade,” said WRR Founder and President Lynn Cuny. “No wild animal should be forced to live in a cage in someone’s house and endure such an unnatural life. And there was a calamity in this case, a child was severely injured.”

Thanks to the quick response of a caring group of people, Charly’s life was spared, and he was granted the right to live out the rest of his days in peace at the WRR sanctuary.

While Charly’s story has a positive outcome, there are still an estimated 15,000 primates kept as pets in the United States. In Texas, it is legal to own small monkey breeds such as macaques. Catie Jarl, a representative the Humane Society of the United States, stated that HSUS has been trying to change this legislation for many years.

“We hope that Charlie’s story will resonate with many of those lawmakers,” she said. “We believe that these animals should not be kept as pets for a whole host of reasons and today we certainly got a full-blown case study in many of them.”