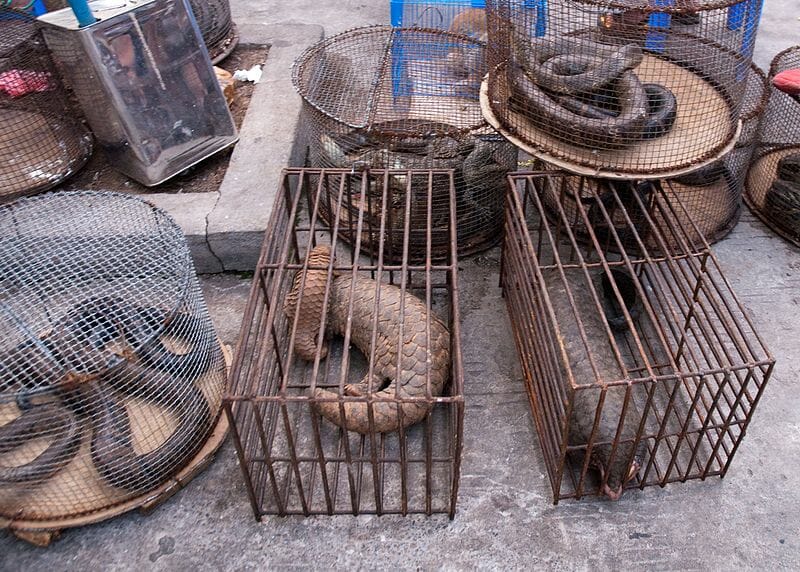 Eating wild animals is now officially banned in Wuhan, China, the city’s administration recently announced. This is the latest in several welcomed moves throughout the country responding to the coronavirus pandemic, including a nationwide ban on trading wildlife and government buyouts to help wildlife farmers transition to plant-based farms.

Wuhan is located in Hubei province, very close to Hunan and Jangxi, where regional governments are offering to compensate wildlife breeders to switch to plant-based farming. City officials have announced plans for Wuhan to participate in a similar program.

The first COVID-19 case likely emerged in Wuhan in late 2019, and is thought to be the result of China’s wildlife trade. Past outbreaks, including the 2004 Severe Acute Respiratory Syndrome (SARS) pandemic, have also been attributed to the live animal markets.

Some experts fear that banning the trade and consumption of wildlife isn’t enough to stop the coronavirus pandemic, since a black market is likely to emerge and cater to the demand for exotic animals that some people in China consider delicacies, such as bats and pangolins.

Nevertheless, the ban is a welcomed first step.

“Banning wildlife consumption in Wuhan is a welcome move for animal welfare as well as human health,” said Lady Freethinker founder Nina Jackel. “If properly enforced, the ban has the potential to save countless lives.”