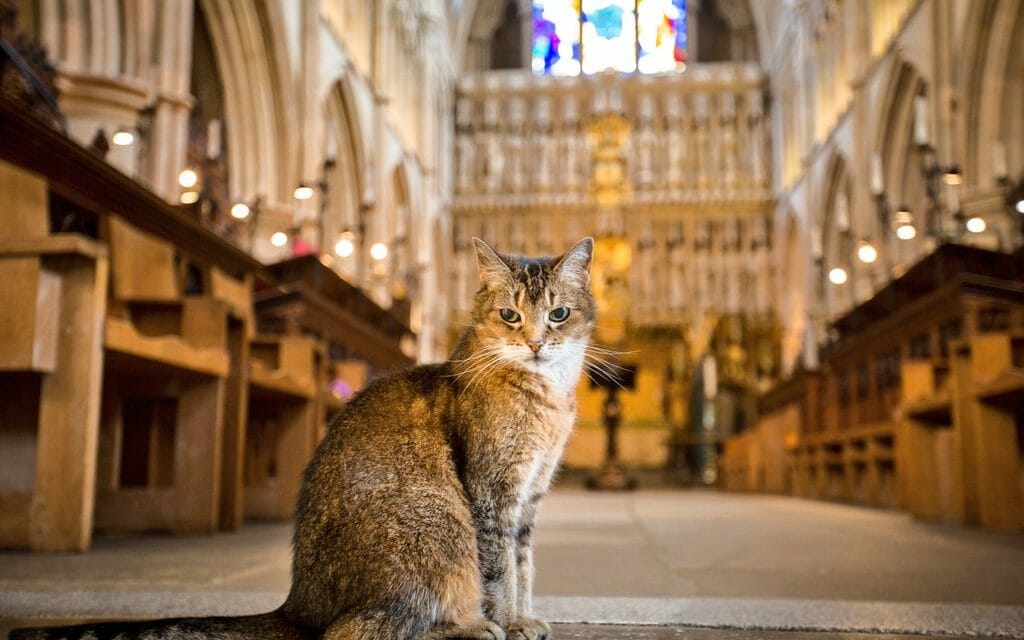 In a heartwarming display of compassion, Southwark Cathedral, a famous London chapel, honored the memory of a local stray cat with a touching memorial service.

Doorkins Magnificat, as so many called her, made Southwark her home for 12 years before she passed. Doorkins had thousands of fans, both in-person and online, with scores of tourists visiting specifically to see her, reported CNN.

“She brought us so much pleasure and much joy to her many fans and followers,” said Dean of Southwark Cathedral Andrew Nunn in a recent statement. “She has been a blessing to us in so many ways. We will miss her.”

Nunn told CNN that he knew he had to help mourners grieve Doorkins’s passing. He decided to live stream a memorial service for the beloved feline. Touched by the service, Twitter fans said it was “lovely” and “an amazing idea.”

Doorkins found the cathedral in 2008, and after she was fed for a few days, never left.

According to her caretaking community, Doorkins could be “quite elusive,” but was an “active and fearless” cat. She loved to lounge in the pews, the sunny churchyard, or the hay in the Christmas nativity scene. Sometimes, she walked across the altar during services.

Doorkins Magnificat was truly beloved the world over. In 2012, Queen Elizabeth II visited the cat, who only briefly woke up from a nap to acknowledge her visit. She even inspired a book and greeting cards.

Doorkins only left the cathedral last year, when she moved in with a church official to enjoy her golden years in comfort.

Stray cats have a way of touching people’s lives, like when these officer workers brought in a pregnant cat before she gave birth to eight kittens, or when this cyclist found a new best friend on a trip around the world. Doorkins Magnificat was no different, and she will be greatly missed.