This Cash-Grabbing Kitty is Raising Money for the Homeless 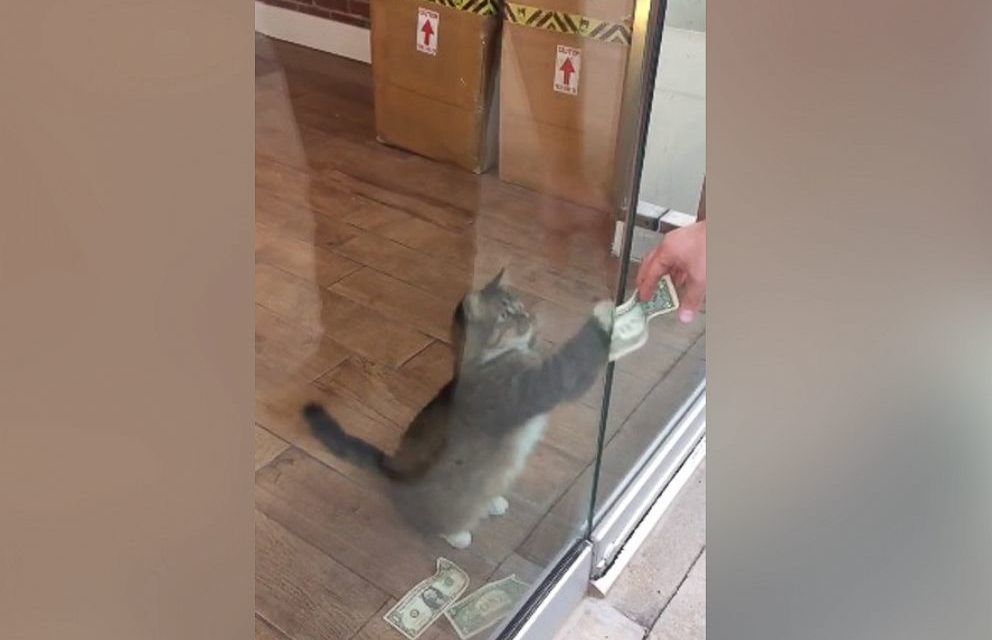 Meet Sir Whines a Lot, the cat on a mission to help the homeless! This kitty has caused all sorts of hype on social media due to his humanitarian work with a homeless charity in Tulsa, Oklahoma.

Sir Whines a Lot (otherwise known as Cashnip Kitty) began his fundraising journey as an office cat for the GuruStu marketing firm in Tulsa. After business owner Stuart McDaniel noticed that the tabby was snatching dollar bills that passersby were sliding through the door, McDaniel put a sign on the door reading, “Kitty donates all funds to the Tulsa Day Center for the homeless.”

“I get a call from my dad saying, ‘why is there money on the floor at the office? There’s at least $5 on the floor near the glass, where you can slip it through,'” said McDaniel.  “We figured if people are doing it already we might as well apply it for something good in the community.” 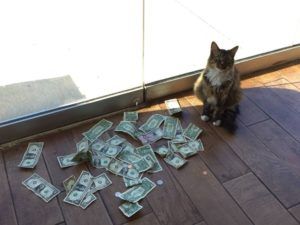 Sir Whines a Lot makes $30 to $40 every weekend and so far, McDaniel has sent over $200 to the Tulsa Day Center. After only one month of fundraising, Sir Whines a Lot has his own social media pages we can all follow including Facebook and Instagram; his owner is also working on setting up a website called cashnipkitty.com to collect online donations from well-wishers around the world.

The first person to slip a dollar bill through the door remains a mystery; nevertheless, they have started a movement to help those who are unfortunate enough to lack a home.

McDaniel and the firm have been publishing hilarious videos of locals offering the admirable Cashnip Kitty money. You can find these endearing videos on their company Facebook page. 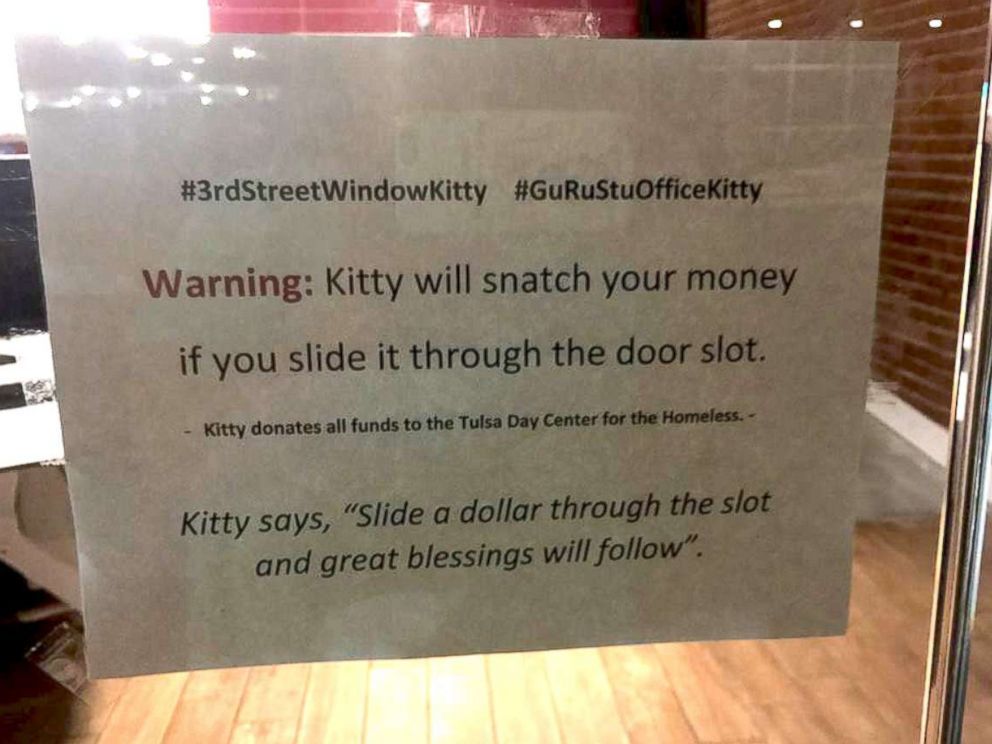 “I’ve heard of a lot of unique ways people are raising money for us, but this is a first for me and I absolutely love it,” said Monica Martin, director of development at the center. “The cat seems to be loving the attention and it has been benefiting and blessing us in the process.”

“Cashnip Kitty is a hustler with a philanthropic heart,” a sign reads. ‘Search #CashnipKitty on Facebook to see his take each week!”

Click here to read about the Husky who chose a cat to be his new best friend at the shelter.