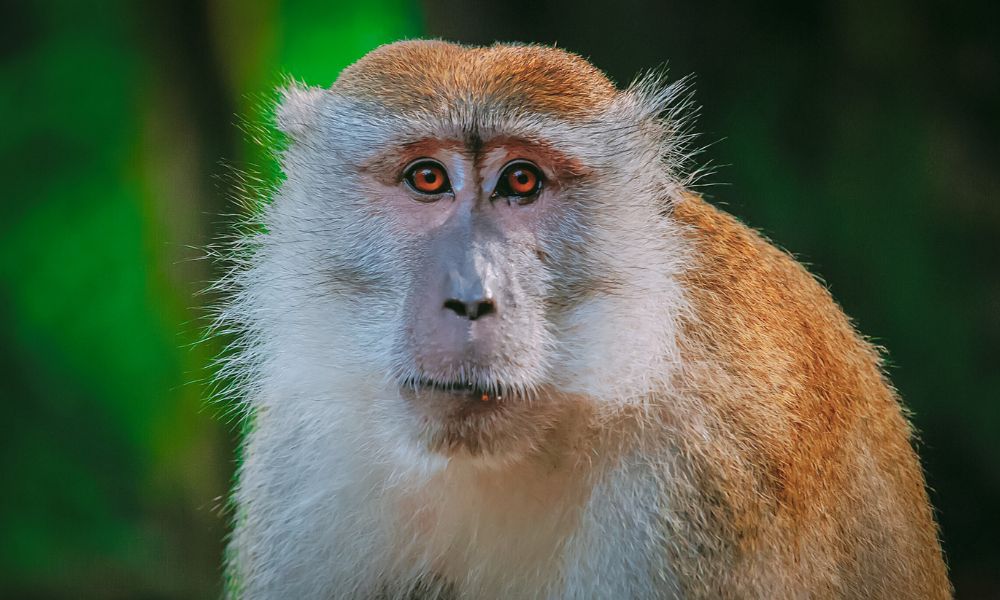 U.S. federal agents have arrested eight people, including two Cambodian officials, for reportedly catching endangered macaques from the wild and then smuggling them under false pretenses to laboratories around the world — including in the United States.

A reported 3,000 wild macaques were captured from their forest homes in Cambodia’s national parks and protected areas on behalf of the Cambodia-based biomedical research supply farm Vanny Bio Research, according to a press release from the Department of Justice (DOJ).

The endangered monkeys then reportedly were sold to laboratories — including in the United States, China, and South Korea — from December 2017 through September 2022, in violation of the Convention on International Trade in Endangered Species of Wild Fauna and Flora (CITES).

A 27-page indictment, obtained by Lady Freethinker through court records, alleges Omaliss Keo — the director general of the Cambodian Forestry Administration and Ministry of Agriculture, Forestry, and Fisheries (MAFF) — and Masphal Kry, MAFF’s deputy director of the Department of Wildlife and Biodiversity, accepted bribes and cash payment to allow wild, long-tailed macaques to be exported under falsified documents saying they were bred at the farm.

The indictment also alleges that Kry personally delivered the macaques to the farm.

A MAFF spokesperson has denied that wild-caught macaque exports are taking place, telling Mongabay that the agency is “surprised and saddened” by the arrests and that the department “adheres to the principles and laws set out in the CITES Convention.” Vanny Biomedical Resources did not respond to media inquiries prior to the publication of this story.

Long-tailed macaques, frequently used in cruel medical experiments, have been protected since 1977 under CITES, which requires permits for their export so that officials can track the movement and impact on wild populations. Wild macaques also have protections in the United States under the Endangered Species Act (ESA).

U.S. federal authorities arrested Kry at the John F. Kennedy International Airport in New York, as he was en route to Panama to represent Cambodia at a global wildlife conference.

They then charged the two Cambodian officials with one count of conspiracy to violate the Endangered Species and Lacey acts, a count that can carry up to five years in prison, and seven counts of smuggling — for which they could serve up to 20 years imprisonment per count.

“The practice of illegally taking them [macaques] from their habitat to end up in a lab is something we need to stop,” said Juan Antonio Gonzalez, a U.S. attorney for the Southern District of Florida. “Greed should never come before responsible conservation. Cases like this put us in a position where we can make a difference.”

The indictment alleges that the Vanny employees enlisted the Cambodian officials following shortages of captive-bred macaques at the farm. The officials then authorized the capture of wild monkeys who they transported to the breeding farm and outfitted with falsified CITES export permits, according to the DOJ press release.

The indictment references 31 overt acts that enabled the criminal enterprise — including meetings, financial transactions, and shipments of hundreds of vulnerable macaques with falsified permits to Florida and Texas.

The multi-year and multi-agency crack down involved special agents with U.S. Homeland Security Investigations (HSI), the U.S. Fish and Wildlife Service, and the Internal Revenue Service.

The Vanny Bio Resources farm has been the subject of previous controversy, with the British Union for the Abolition of Vivisection alleging as early as 2008 that the business was keeping primates in inhumane conditions, according to news reports.

The farm is one of six Cambodian facilities that reportedly breeds and ships monkeys for biomedical research.  The six farms collectively exported more than 26,000 long-tailed macaques from 2010 through 2014, according to CITES data.

Lady Freethinker, along with Action for Primates, has previously reported that vulnerable macaques were being illegally captured from the wild and sold for cruel experiments. This cruel — and illegal — practice must stop immediately before any more monkey families suffer this separation and torture. If you haven’t already, please sign our petition urging officials to take serious and consistent enforcement to stop the exploitation of these wild macaques.