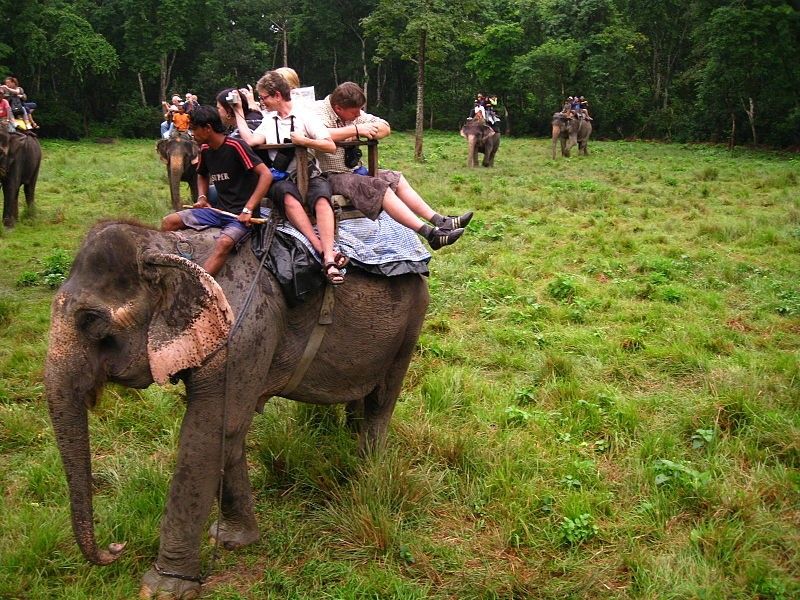 While you may have considered how awesome it might look to take a selfie on the back of an elephant, you may not be aware that these wild animals are ‘tamed’ to let humans ride on their backs by being tortured into submission, and often imprisoned in small cages from infancy.

Thankfully, eco-tourism company Tiger Tops have put a stop to elephant-back safaris, prioritizing the emotional and physical welfare of the animals. Managing director of Tiger Tops, DB Chaudhary, said their initiative is to “attract tourists without giving pain to animals.” While safaris would have offered elephant back rides through the jungle, tourists will now get to explore the impressive surroundings on foot, allowing them to get up close and personal with the magnificent jungle environment without bringing harm to the elephants.

The expectations of elephant back rides are cruel and in some cases, ridiculous, as for years elephants were forced to carry a staggering number of six humans over the harsh terrain of the jungle for up to three hours a day. While the tourists might not have been aware of the pain that the animals suffer for the sake of their day trips out, the extent of the sacrifice made for recreation and entertainment is unforgivable.

At the Chitwan National Park attraction, the elephants are now recognized as more than just entertainment; On Wednesday the 26th of July, an elephant named Chandra Kali became one of the first elephant “tour guides,” allowing guests to view her everyday activities — like bathing and playing among the luscious grounds of the jungle.

Elephant rides have proved dangerous to humans and cruel to the elephants on numerous occasions; At Victoria Falls, a handler was tragically killed while out on an elephant ride walk. Glynnis Vaughan, Chief inspector of the Zanzibar Society for the Prevention of Cruelty to Animals, says that “captured elephants which were used by several tourist companies have killed quite a few people in recent years,” and adds that “we should not be surprised when there are tragedies, [because] … teaching a young elephant to get on to its knees so that people can mount it is vicious, it’s cruel.”

Fortunately, it seems that elephant riding is decreasing in its popularity as, since 2014, more than 100 high profile operators have stopped promoting elephant rides. Tiger Tops have made a prominent step in the right direction by prioritizing animal comfort and welfare over profits.

Click here to read all about the tragedy of Victoria falls