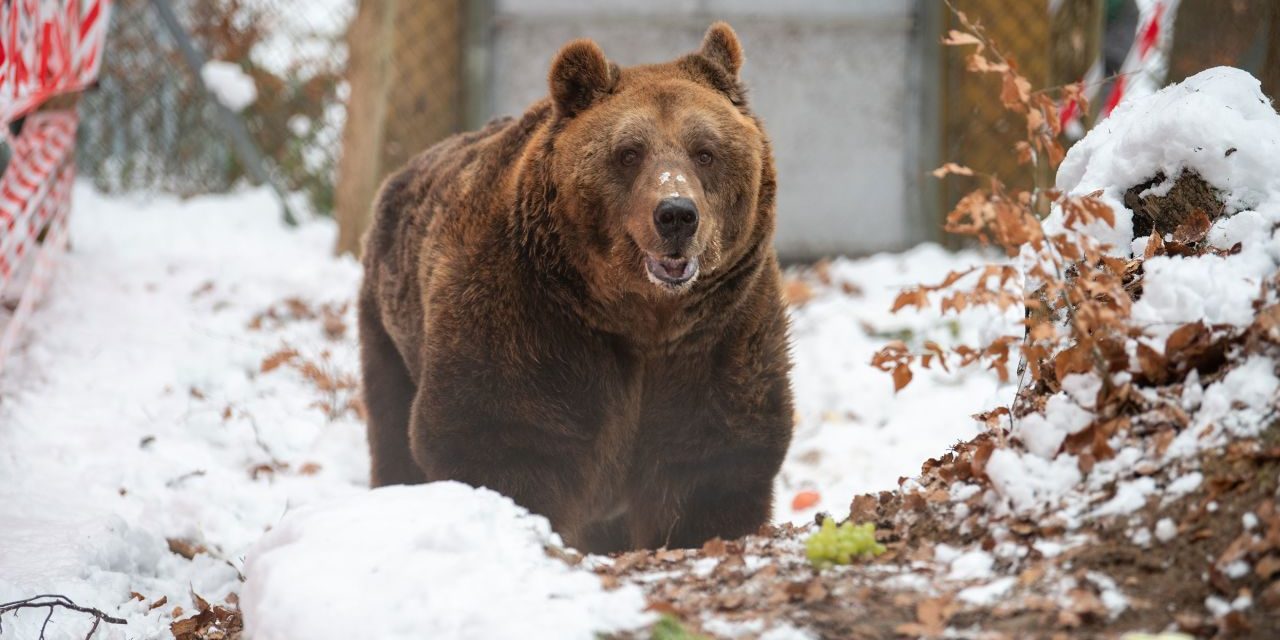 After more than 20 years in a cramped, concrete enclosure for the “entertainment” of restaurant-goers, Mark the grizzly bear now lives in a sanctuary operated by FOUR PAWS, a global animal welfare organization.

Mark was the last “restaurant bear” in Albania, a term referring to bears used as tourist attractions often near restaurants or hotels. As soon as FOUR PAWS removed him from his uncomfortable cage, the restaurant owner dismantled the cage to signify that no more bears will be confined for customer entertainment.

Mark’s new home is the Bear Sanctuary Arbesbach — a trek of 44 hours away from Albania.

“During the long journey, [FOUR PAWS] made regular stops for the accompanying vet to check on [Mark] and fed him with fruits and vegetables,” explained Magdalena Scherk-Trettin, FOUR PAWS wild animal rescue coordinator. “After receiving an inappropriate diet of restaurant leftovers and mainly bread for two decades, he was a little reluctant about the vegetables, but munched happily on the grapes we gave him.”

Keeping wild bears in captivity often leads to numerous physical and mental health problems. Before the rescue, Mark was overweight from the unnatural diet, had broken teeth, and showed signs of stress, including pacing.

At the sanctuary, which has more than 14,000 square meters of forest, streams, and caves, Mark joined three other rescued brown bears. FOUR PAWS said it was likely the first time in more than 20 years that the 24-year-old bear stepped out of a cage.

For now, Mark will enjoy a smaller, monitored enclosure. Once he becomes familiar with his new, natural surroundings, he’ll join the other bears in all the beauty the sanctuary has to offer, FOUR PAWS said.

We at Lady Freethinker are so grateful that this incredible animal will get to live out his remaining years in the peace and natural environment he deserves, and urge everyone to never support places that exploit animals for “entertainment.”