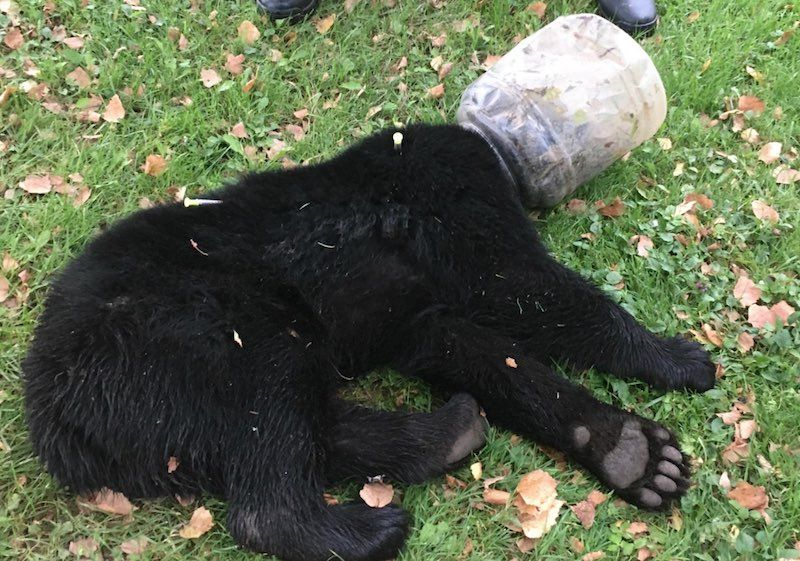 Just days after reporting on the devastating viral photo of a deer in Spain with its head trapped in a plastic jug, we received heartbreaking reports of a male bear cub in Maryland that suffered from the same fate.

Luckily for the 100-pound black bear, the Maryland Department of Human Resources – Wildlife & Heritage Service were able to locate the animal, tranquilize him and remove the jar — but only after the terrified animal spent three days stumbling around, unable to eat or drink.

The cub — affectionately nicknamed “Buckethead” by rescuers — was reunited with his mother and sibling once he recovered.

Although this case was resolved without any loss of life or injury, it is a sobering reminder of the huge impact that careless human behavior has on precious wildlife.

The tragedy of plastic trash in the world’s oceans is well documented, taking the lives of thousands of marine mammals and fish every year, but our waste problem isn’t limited to the sea; there are increasing cases of land mammals dying from our trash habits every year.

Two Oceans Aquarium report that half of the camels that die on the Arabian Peninsula every year perish due to health issues caused by consuming plastic bags. This year, an Indian elephant died after eating plastic shopping bags and several reindeer in Norway were killed after becoming entangled in discarded fishing nets.

Not only are these kinds of death unnecessary, but they are also often protracted and painful. Some animals — like the black bear in our story — get trapped in plastic and may be unable to eat or breath, or become entangled in waste materials which cause injuries, infection and a slow death. Others ingest trash, causing impaction and starvation.

Plastic is an epic, worldwide problem that must be dealt with before it’s too late. Data tells us that shoppers in the United States use an average of one plastic bag per person every day, as opposed to progressive countries like Denmark, where each person uses an estimated four plastic bags per year.

The cases that we see are only the tip of the iceberg, and it’s up to every individual to act now to start making a difference, starting in our own backyard.