Our Plastic Trash Has Infiltrated the Deepest Part of the Ocean

Home » Green » Our Plastic Trash Has Infiltrated the Deepest Part of the OceanBy Kristen Arnim | May 22, 2018 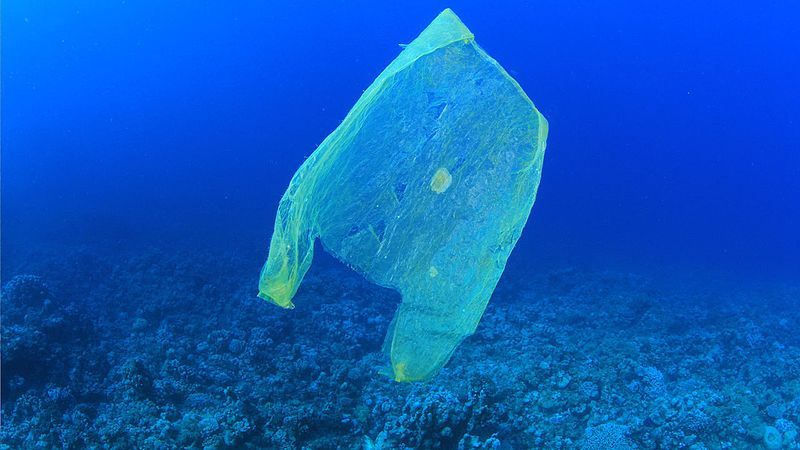 It seems no place on earth is exempt from the waste of humans. Garbage can be found from the top of Mount Everest and now to the bottom of the Mariana Trench. The deepest piece of garbage ever found was discovered in a photo of at the bottom of the trench: a plastic bag, almost 36,000 feet below the sea level.

The Mariana Trench in the Pacific Ocean cuts nearly 7 miles into the earth, so deep that you could drop Mount Everest inside and it wouldn’t break the surface of the ocean. Once it was a last frontier to be explored; humans reached the surface of the moon before we reached its depths. But now more than our submersibles give evidence of our terrestrial existence and technology – plastic waste. Even the water surrounding the trench faces pollution, with some areas as polluted as rivers in China. The breakdown of plastics is thought to be behind this.

The Deep Sea Debris Database holds a collection of photos taken from dives over the past thirty years. Scientists recently released these photos, and plastic was all too common. Out of all the plastic found, 89% comes from single use items like bags and straws. In addition to plastic, waste from materials like cloth, rubber, metal, and wood also turned up in photos.

Eight million tons of plastic get into the ocean every year. Some is from discarded fishing equipment. Some is dumped from ships. A lot starts with our wasteful habits, discarded convenience items that find their way to rivers and eventually oceans. Communities around the world are starting to ban many single use plastics to help protect marine life and lessen the impact of this petroleum product. Plastic grocery bags and disposable food containers are the most obvious targets. Hawaii and California have banned single use plastic bags. Seattle will implement a ban on plastic drinking straws later this year. Other countries like the United Kingdom, Kenya, Taiwan, and France are way ahead of the United States in banning plastic products.

Many of us have gotten into the habit of using a reusable water bottle or bringing canvas bags to the grocery store. But when you really start to look at the waste created by single use plastics in our lives, you realize so much more can be done.