This App Tells Kids Exactly How Their Meals Affect the Planet 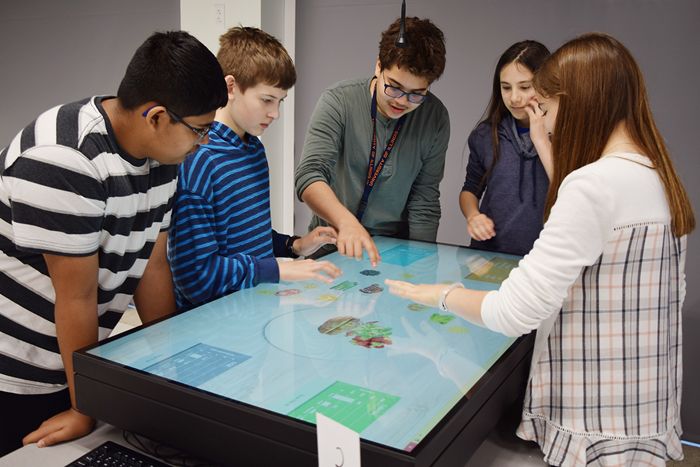 Was your kid’s last meal sustainable? Were gallons of water and a huge tract of clear-cut forest used to produce it? How about toxic emissions that contribute to climate change?

The truth is that food does affect the planet, and simple adjustments to your diet can help preserve the environment and de-escalate global warming. It’s never too early to start learning sustainable eating habits, and an app called Food For Thought aims to help kids understand the true impact of their vittles.

Professor Emma Mercier developed this educational app and tested it with a group of eighth graders. They kept food diaries over a weekend and studied the foods’ impact on the environment and nutritional information by using the app.

The app displays a dinner plate to which people drag foods on the screen. The nutritional information and carbon footprint data are then calculated by the app. Graphs and other visuals helped the students learn which foods require more natural resources. The kids also became familiarized with data to help them grow up into knowledgeable consumers. In addition, the children had supplemental lessons about climate change.

Most of the students opted for steak, bacon, or a burger (as kids — and unfortunately, many adults — will). The app revealed that red meat production requires a great deal of water and land.

“The burger is actually the worst thing in the world,” Mercier said. “Studies have shown red meat requires 28 times more land to produce than pork or chicken, needs 11 times more water, and results in five times more emissions. All in all, not a good choice in terms of climate.”

After learning about their diets, the students in the study were asked to create a meal with less impact on the environment, like plant-based fare. The foods that best nourish our bodies also happen to be the most environmentally friendly.

The students’ engineering teacher, Sharlene Denos, notes that this technology is especially useful to older children. “Seventh- and eighth- graders don’t have control over what cars their families buy or whether they retrofit their homes, but they are in charge of their food.”

The app truly gets kids thinking about environmental protection at mealtime – an important thing for consumers of the future, who have their work cut out for them in preserving their planet.

The app is not yet available to the public, but kids and their parents would be wise to keep an eye out for it!