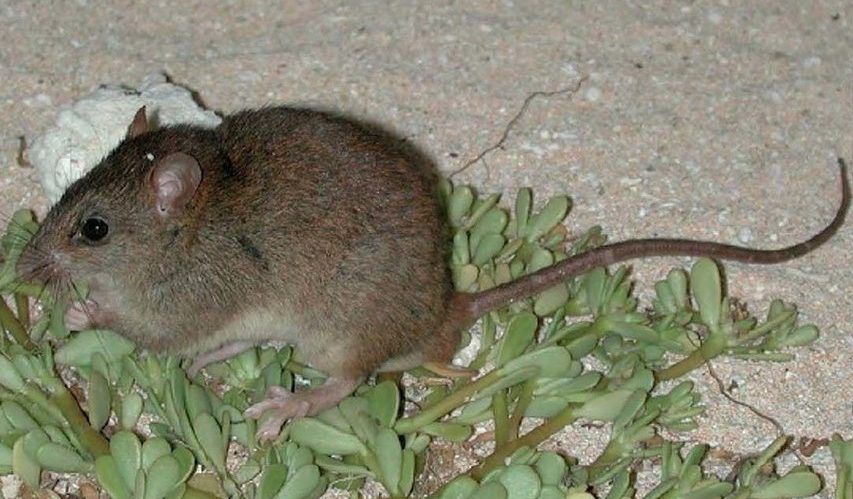 This was the only mammal endemic to the Great Barrier Reef, and lived on a small island in the northeastern Torres Strait – the species’ only known location.

The Bramble Cay melomys was a small rodent, also known as the mosaic-tailed rat, and lived near the north coast of Queensland, Australia.

Once, melomys were a common sight on the island. Now, they have gone from “endangered” to “extinct.”

According to a report released on the Queensland, Australia website, this “represents the first recorded mammalian extinction due to anthropogenic climate change.”

While the melomys’ extinction is a first, human-induced climate change has strained and impacted many species. A 2015 report revealed that 1/6th of species are in danger of facing extinction because of climate change.

Bramble Cay melomys was first discovered in 1845. The last population count was recorded in 1978 with several hundred living on the tiny island.

Last seen in 2009, searches began in March 2014, but no melomys were found. Later that year, from August 29 – September 6, Australian scientists surveyed the island.

The island of Bramble Cay, also known as Maizab Kaur, plays a significant role in the lives of animals and humans. Every year, it is the breeding ground for green bay turtles and many different seabirds.

There is some hope the mammals have traveled to Papa New Guinea on floating debris; however, the island has yet to be surveyed for signs of the rodent.

According to the Queensland Department of Environment and Heritage Protection, there will be no conservation efforts. “Because the Bramble Cay melomys is now confirmed to have been lost from Bramble Cay, no recovery actions for this population can be implemented.”