Animal Sanctuary Wants You to Cuddle with Their Rescued Pigs 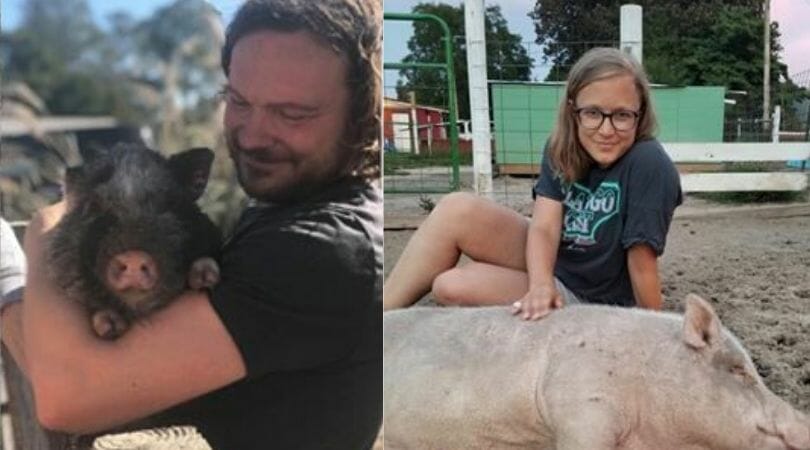 Cotton Branch Farm Sanctuary in South Carolina is asking volunteers to cuddle their rescued pigs to help prepare the animals for adoption.

The sanctuary saved 225 abused and neglected pigs from a hoarded Kentucky property in December 2018. Since then, 75 have been adopted. Cotton Branch hopes another 100 will soon find forever homes; but first, the porcine rescues must become more accustomed to interacting with humans.

“A lot of the pigs, since they were in such large numbers where they came from, they were not socialized,” Joshua Carpenter-Costner, the sanctuary’s director of operations, told WIS. “So, we were trying to think of a way because the more time we spent with them the more social they would become.”

Cotton Branch advertised its “piggy cuddler” program on Facebook to prepare the pigs for domestic life. Typically, a volunteer plays with the pigs, gives them belly rubs, feeds them treats, and even just talks to them, according to the sanctuary’s advertisement.

The program received an overwhelming response, with people from New York City, Canada, the U.K., and Germany contacting the sanctuary.

“We actually had to create more time slots for socialization today,” Carpenter-Costner told CNN, “because we were all filled for the next few months.”

After the first day of cuddling, treats, and conversations, Cotton Branch reported via Facebook that it’s already seeing a major difference in the unsocialized pigs.

At one time, bonding with pigs seemed unusual to Carpenter-Costner’s husband and Cotton Branch executive director, Evan Costner, but spending time with these unique creatures led to the realization that it’s a very rewarding experience.

“I began to notice that this animal was able to experience and express emotions like the dogs and cats I grew up with,” he wrote on the sanctuary’s website. “I always treated these animals as objects meant to satisfy only my appetite … [but] as we began to study more and more about these animals, we had the urge to save them … we work every day to make sure these animals who are abused and neglected have a home and safe place.”

Cotton Branch is still recruiting new volunteers for future dates and to fill in for any cancellations.