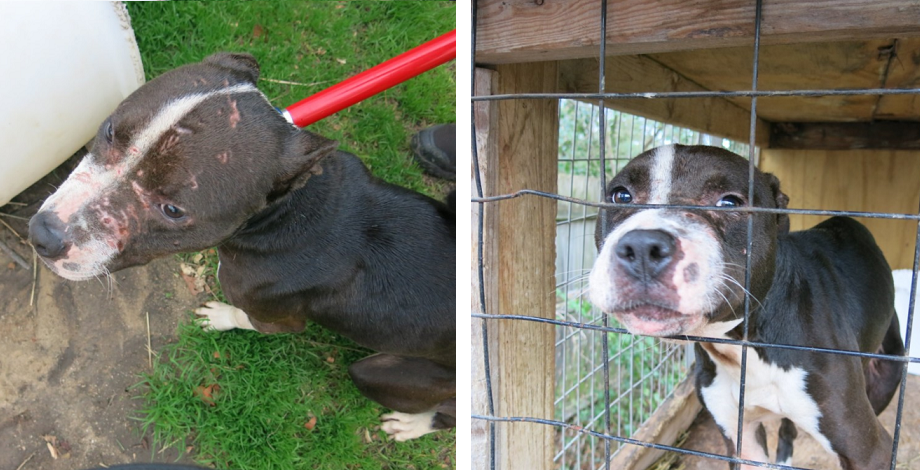 Scarred and malnourished, six dogs were found suffering in cages at a suspected dogfighting operation. One poor dog, kept in a small, homemade crate, had extensive scars and fresh bite wounds on his head, face and muzzle. These injuries are typically indicative of dogfighting or “baiting.”

After receiving calls about suspicious activity, officers in Columbia, S.C., found the heartbreaking scene, according to reports.

“Bait dogs,” tortured in an effort to train competing dogs, are generally tied up with their mouths taped shut and brutally attacked. Most of these animals suffer agonizing deaths.

The dogs supposed caretaker, Chasity Katherine Hammonds, has been arrested and charged with animal fighting and baiting.

These six dogs deserve justice. Sign this petition urging Circuit Solicitor Byron E. Gipson to treat this case with the severity it deserves and prosecute Hammonds to the fullest extent of the law, including a life-long ban on having animals.