Home » Animals » An Adorable 10-Year-Old Boy Is Building ‘Stick Libraries’ for Dogs to Play with at ParksBy Katie Valentine | February 23, 2021 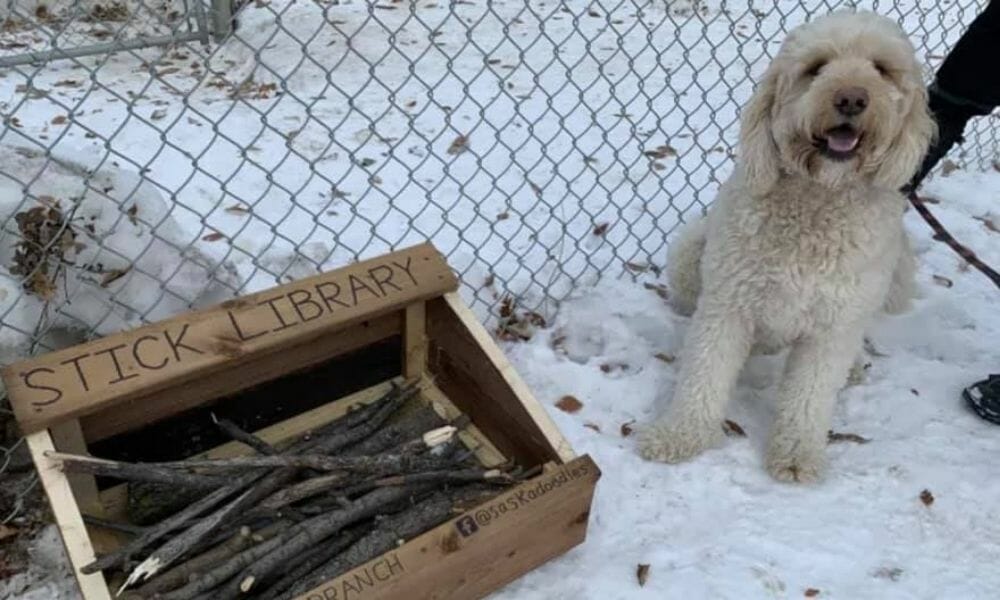 In an effort to combat the boredom caused by the pandemic lockdown, a father and his 10-year-old son are building “stick libraries” for Saskatoon, Saskatchewan dog parks, where local pups can pick whichever stick they want and chew or play fetch with it!

David Carter, an educator, needed a way to keep his 10-year-old son, Jeremiah, busy during lockdown.

“He likes doing sports, he’s sports crazy, and he likes hanging out with his friends,” Carter told CNN. “And that hasn’t been happening very much lately.”

Once a week, the family creates something together. Inspired by a social media post about someone in New Zealand making their own stick library, Carter decided that this would be their next project.

“We had to do a lot of measuring and figuring to cut the wood and put it all together,” he said. “Plus, Jeremiah got to use the power tools, which always makes it a good time.”

Once completed, the pair placed the box at a local dog park.

“We took it and zip tied it to the fence so it wouldn’t disappear,” Carter explained. “We gathered sticks that we figured dogs would enjoy, and filled it up and waited to see what happened.”

Jeremiah put his time in quarantine to good use and gets tremendous satisfaction from seeing people enjoy his creation. He recently built a second stick library for another nearby dog park.

“It seemed to make people happy,” Carter said. “And it’s given him some enjoyment and purpose.”

As the COVID-19 pandemic continues and people around the world adjust to the “new normal” of spending more time at home and socializing less, stories like this remind us that there are creative and rewarding ways to stave off boredom and help animals along the way.