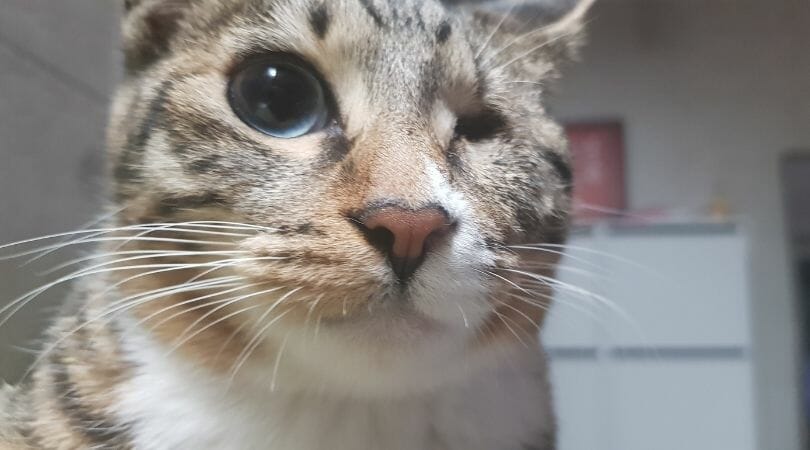 A man who recently lost his eye in a car accident adopted a one-eyed kitten after losing his cat of 20 years, and the pair quickly became best friends.

Several months after 62-year-old Larry Scott’s cat passed away, he and his wife decided to welcome a new furry family member. While visiting a local shelter in September, the couple from Marion, Ohio, spotted a cat with a missing eye and instantly knew they had to adopt him.

“Really, we weren’t looking for a one-eyed cat,” Scott told People. “My wife was just like ‘Look at this, we have to adopt him,’ and I was like ‘Okay.'”

The three-month-old kitten was extremely ill when he arrived at the shelter, and vets had to remove his eye due to a bacterial infection. Despite this setback, he is active and happy.

“He loves toys and plays with them nonstop,” said Scott. “This cat will play all day long. At three, almost four months, he’ll play like there’s no more time to do it.”

Scott has experienced his fair share of struggles. He experienced multiple brain hemorrhages and had to learn how to walk again after a car crash in 2015. He also lost his eye because of that crash.

Both the one-eyed man and one-eyed kitten are doing much better now. While Scott and his wife work on choosing a name for their new adorable kitten, they continue to bond and enjoy their time together.