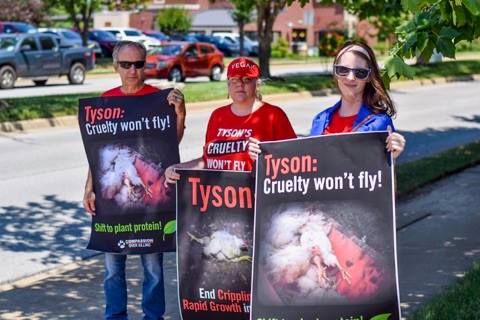 Volunteers with Compassion Over Killing (COK) demonstrated outside the 59th annual Poultry Festival in Arkansas on Saturday. The protest urged the festival’s sponsor Tyson Foods – the largest producer of poultry in the United States – to “end crippling rapid growth rates in birds and shift to plant protein.” 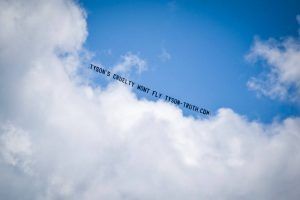 “We’re ruffling industry feathers with our clear message,” said COK Executive Director Erica Meier. “COK investigators have routinely uncovered the day-to-day miseries forced upon birds raised for their meat, and much of their suffering is related to genetic manipulation for rapid growth.”

Although Tyson recently increased its investment in plant-based protein maker Beyond Meat, COK reports that the company has yet to address its welfare policies around genetic manipulation of birds to fast-track their growth.

With this recent demonstration, we hope more people are now aware of the horrific lives that birds undergo at the hands of producers such as Tyson, and help push the company to a plant-based future.