Trophy Hunter Fatally Trampled By Elephant He Tried To Kill 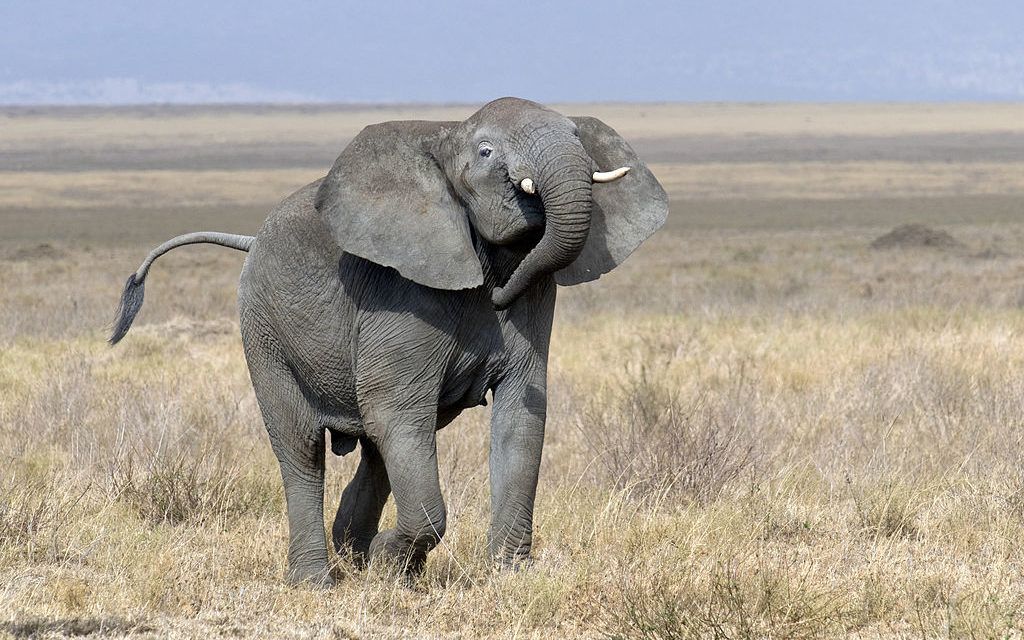 On Aug. 12, tragedy was bound to strike as hunters positioned themselves near a herd of elephants. With their permits in order, two Argentinian and three Namibian hunters aimed to take down an elephant at Farm Mopane, a private reserve in northern Namibia.

For the elephants, being tracked wasn’t a game. They didn’t see it as a daring feat or test of courage. It was life or death. Elephants are very perceptive so they must have sensed the encroaching danger. Watching the five men tracking them, one of the elephants took action. Before the men could shoot to kill, one elephant charged the group of hunters, defending the herd. Sadly, the elephant fatally trampled one of the Argentinians, Jose Monzalvez. Unfortunately, the 46-year-old lost his life, but the elephants got away – this time.

elephants are not trophies

The incident on Saturday could only end in disaster, either for the humans or for the elephants. For people who see animals as trophies or something to be chased, elephants become nothing more than objects, and not the intelligent, kind and loving creatures science and experience have proven them to be. Time and time again, studies show how elephants are not only compassionate, but also self-aware. Elephants can pick locks, rescue and help the ones they love, use tools to accomplish tasks and even mourn their dead.

elephants should be protected, not hunted

Instead of hunting elephants and other endangered “game” animals, humans should concentrate their efforts on protecting and conserving them. Although we’ve made progress, as evidenced by China’s ivory ban in 2017 and the massive conservation effort relocating over 500 elephants in Malawi, the existence of private game reserves like the one where Monzalvez was killed, and the fact these group of hunters had the necessary permits to chase down a herd of elephants, shows how much further we have to go before elephants and other animals facing similar situations can be truly safe and protected.

Changing the situation for elephants requires education and conscious actions

This isn’t the first time a hunter has been killed in the attempt to shoot an elephant. Earlier this year, a man was killed after the elephant he shot fell on top of him. While this kind of event may seem like “karma,” the truth is that sad incidences like these don’t do much to change the situation for elephants; They don’t prevent hunters from putting their own lives at risk or going out to search for “trophies.”

Elephants and other large animals like giraffes are struggling to get by in the wild. They face enormous obstacles, most of which are caused by humans. Even if you aren’t hunting elephants, many people unknowingly contribute to conditions that are harmful to elephants. The demand for ivory, skins and even tourism can fuel a trade that is contrary to elephant conservation.

Learning more about elephants, the struggles they face, ways to prevent their suffering and further conservation efforts can go a long way in changing how people view and treat these magnificent creatures. If society stops seeing elephants as objects to hunt, ride, train, or watch, it will be easier to stop hunters in their tracks and implement policies that preserve elephants and their environments.