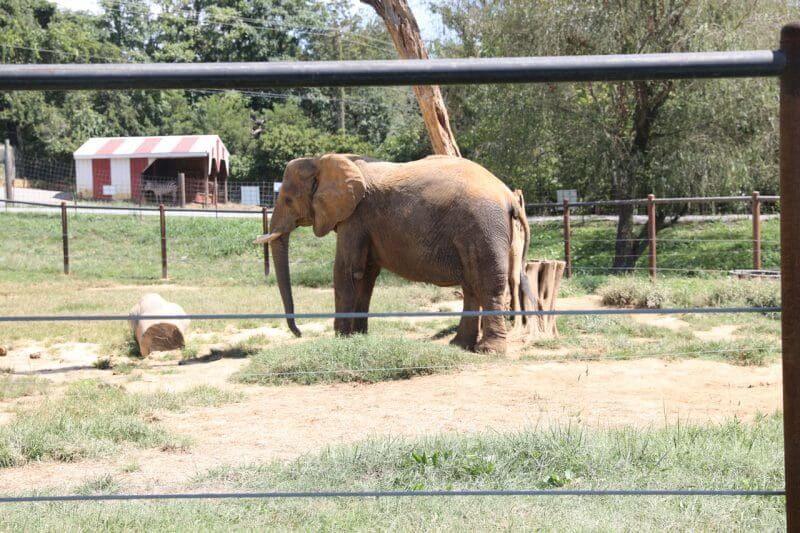 Nonprofit organization In Defense of Animals has just released its 15th annual list of “The 10 Worst Zoos for Elephants in North America.”

Included are zoos infamous for outdated, failing, and cruel practices that hurt and kill elephants.

The Bronx Zoo ranks at the top of this shameful list due to its unfulfilled promise to shut down their exhibit following a recent elephant death, and for keeping two of these highly social animals in solitary confinement.

Coming in at a close second is the Natural Bridge Zoo in Rockbridge County, Virginia, referred to on the list as a “roadside atrocity.” For over 20 years, they’ve kept an elephant named Asha in solitary confinement. Despite hundreds of citations for Animal Welfare Act violations, the zoo remains in business, and Asha spends her days without the social contact that is imperative to elephants’ health.

Additionally, the list contains a “Hall of Shame” and a “Dishonorable Mention” category.

In recent years, public opinion about animals in captivity has shifted toward one of increased concern about the welfare of the animals. Still, zoos continue cruel practices toward elephants, who suffer in their tiny exhibits and die prematurely as a result of their confinement. As the world’s largest land mammal, elephants need far more space than any zoo can reasonably provide in order to remain healthy and happy.

Elephants in captivity are also controlled through fear and pain, such as with the cruel use of bullhooks. These so-called “training mechanisms” are typically employed to force elephants to follow commands, causing the sensitive creatures to suffer senselessly in the names of education and entertainment.

No matter what measures zoos take to make an exhibit appear modern and healthy, captivity is still unsafe for elephants. The availability of elephants for captive purposes is diminishing, and some zoos have gotten rid of their exhibits. However, in their tenacious pursuit for profits, some zoos invest exorbitant funds on the creation and renovation of elephant exhibits.

Only when the public refuses to spend their money to support this cruelty will the cycle of suffering end.