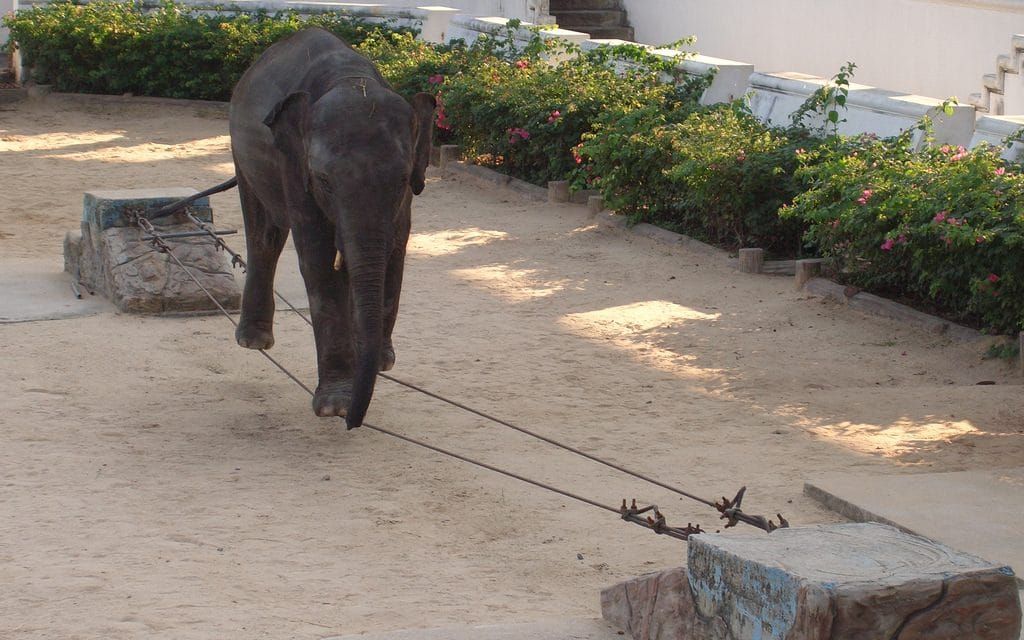 The management at Samutprakarn Crocodile Farm and Zoo in Thailand has been ordered by the country’s Department of National Parks, Wildlife and Plant Conservation to remove two thin elephants from the park’s performance schedule until their health improves.

Following an outpour of complaints about the emaciated condition of the animals at Samutprakarn, officials examined them on Wednesday, according to spokesperson Sompote Maneerat.

The two elephants who have been removed from the circus-like acts are reportedly underweight because they lost some of their teeth and couldn’t chew food properly, which affected their ability to absorb nutrients — though management has also claimed to keep the animals thin so they’re able to perform dangerous tricks.

To rehabilitate the elephants’ health, the agency recommended that zoo management use pellet and chopped feed. They made the same recommendation for a half-blind horse who was not used in any shows but was found in the same condition as the elephants.

While the physical aspects of the zoo were, shockingly, approved by the inspectors, they suggested ways for the zoo to improve the quality of life of the confined animals, such as chimpanzees and tigers.

The zoo’s license was also out-of-date, the officials discovered. It had expired in April 2016 and the zoo was instructed to submit additional documents upon seeking renewal. However, this has not yet been done.

While we’re happy that the elephants are receiving a much-needed break from performing, we believe that it’s in their best interests to never have to perform again, or endure the decrepit conditions at this zoo, which fails miserably to provide the environment or care that wild animals need.

Lady Freethinker has started a petition campaigning for the elephants to be removed from Samutprakarn and relocated to a sanctuary, where they may live out the rest of their lives in freedom and peace.