1,400 Pounds of Illegal Shark Fins Discovered at Port in Miami 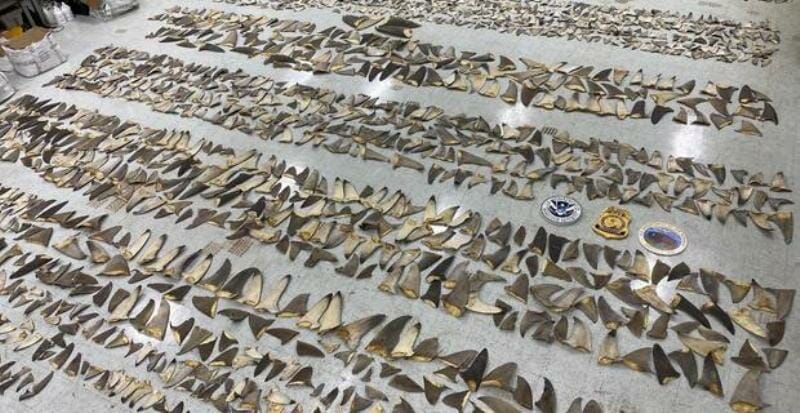 An illegal shipment of 1,400 pounds of dried shark fins, estimated to be worth around $1 million, has been discovered at a port in Miami.

The U.S. Fish and Wildlife Service reported that officials found the fins packed into 18 boxes, which were believed to have originated in South America. The body parts were likely en route to Asia, where they’re primarily used in “luxury” shark fin soup.

This falsely declared shipment violated the Lacey Act, which bans illegal wildlife trade, and also contravened the Convention on International Trade in Endangered Species (CITES). No criminal charges have been announced, but an investigation is ongoing.

The vile shark fin trade is responsible for the gruesome deaths of up to 73 million sharks annually through “finning,” or the act of severing the fins from a shark and simply dumping the body back into the sea. Unable to swim without their fins, the sharks are left to sink and suffocate, bleed to death, or be eaten alive. This disgraceful practice is illegal in U.S. waters, but importing the fins is not.

“The seizure in Miami of 1,400 pounds of shark fins being shipped from Latin America to Asia speaks to the worldwide crisis facing sharks,” Sara Amundson, President of the Humane Society Legislative Fund, told CBS News. “The United States plays a key role as an international transit hub for shark fins … Sharks are worth more alive than in a bowl of soup.”

Lady Freethinker’s petition to ban the cruel shark fin trade in the U.S. has reached over 22,440 signatures. Thank you to all who have signed. If you haven’t added your name yet, please do to urge the U.S. Senate to pass the Shark Fin Sales Elimination Act, saving millions of sharks who are being inhumanely slaughtered for their fins.