SIGN: Stop Grabbing Sharks and Rays from the Sea for Cruel Tourist Selfies 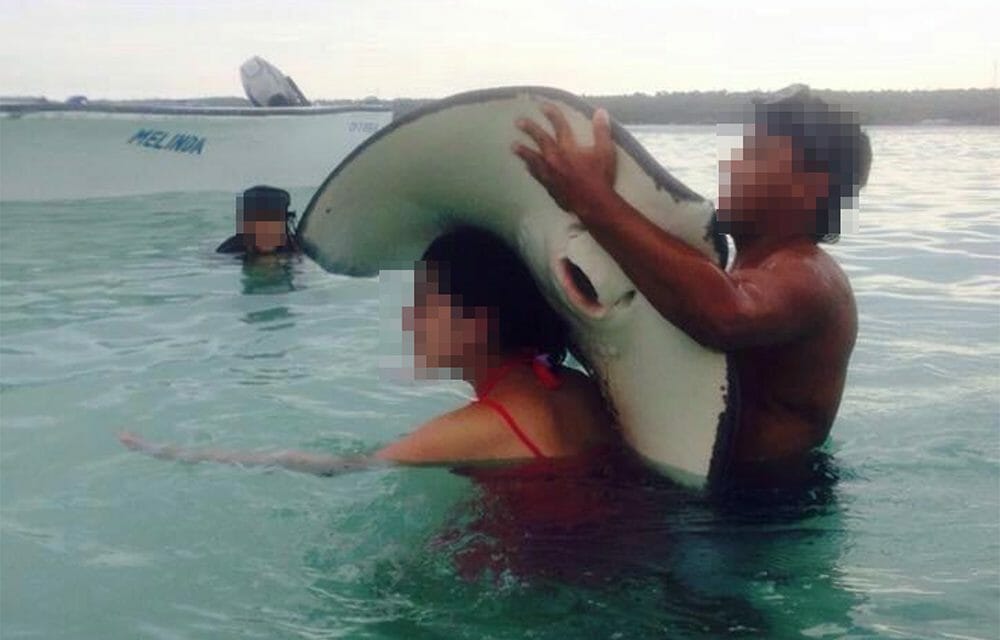 Photo via Trip Advisor, uploaded by user in February, 2016; wildlife handling by tourists remains the norm.

UPDATE (6/1/2022): We sent our petition, signed by more than 25,000 people, to the U.S. Ambassador to Colombia advocating for action to stop this cruel practice. Thank you to everyone who signed our petition. We will keep doing all we can to fight for animals everywhere! — Lady Freethinker Staff

In August 2019, an LFT eyewitness saw one animal held partially above the water for several hours while the guide repeatedly shouted for tourists to take a photo “kissing” the helpless animal.  This is not the exception, but the norm; tour companies brazenly advertise the opportunity of “kissing a stingray.”

On a small island off of Haynes Cay, known as Acuario, visitors are able to swim and snorkel while observing Caribbean marine wildlife in their natural habitat. However, some of these marine animals are at dire risk of injury.

Being handled by humans is extremely dangerous for wildlife, causing distress and suffering that can even lead to their death. 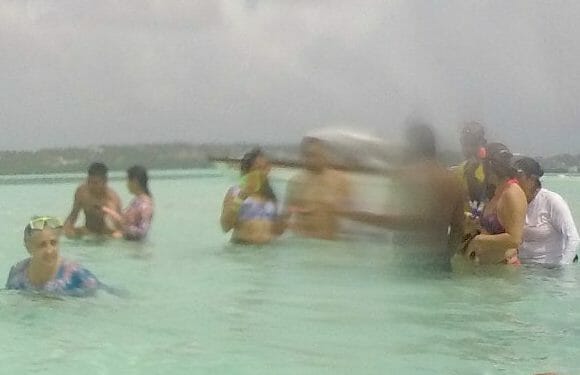 LFT’s witness saw another guide violently grab a shark from the sea with just one hand.  The approximately three-foot long shark thrashed their body around, struggling desperately to break free, but to no avail. The animal was offered to a family to pet and use as a photo prop; however, they ultimately refused while looking extremely uncomfortable.

One tourist said of the situation, “It’s fun enough to just snorkel and see the animals in the wild — it completely ruins the fun once you see them being manhandled. Come on people, we can do better.”

Tourism police were on the island only a few feet away from the guides, but did not intervene.

We must act now to protect extremely vulnerable marine wildlife.