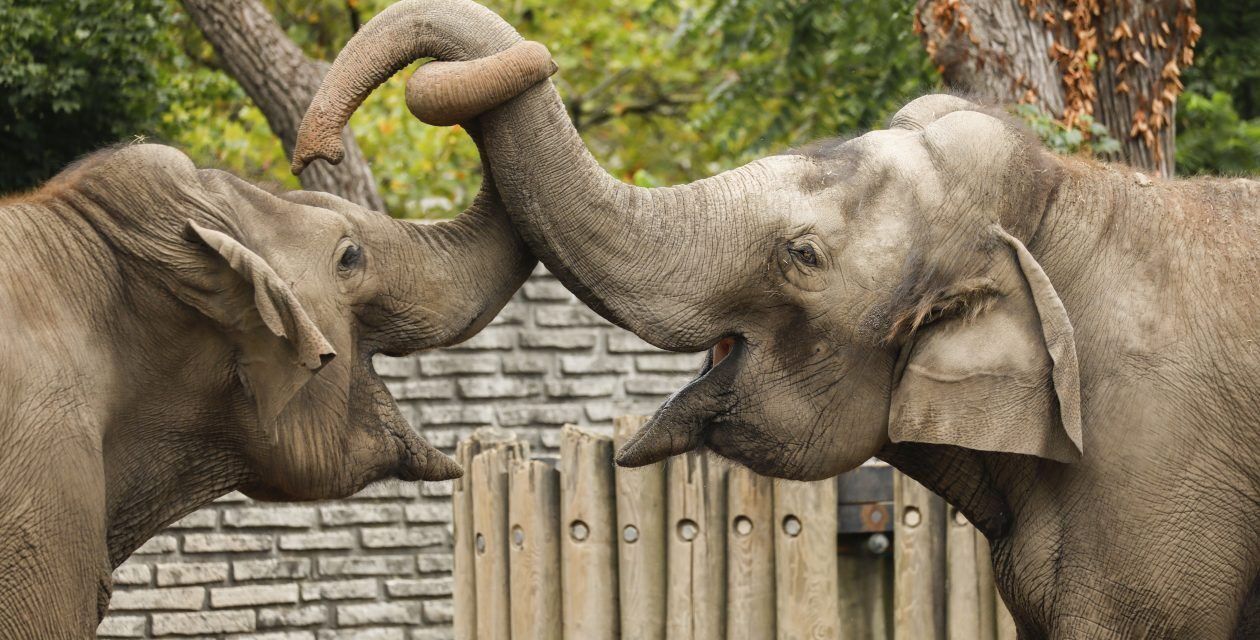 Never again will elephants be forced to endure freezing winters trapped indoors in a tiny concrete cell within the Buffalo Zoo. The zoo’s board of directors has unanimously voted to close the elephant exhibit for good and move the two remaining Asian elephants – Jothi and Supara – to New Orleans this fall.

The closure of the woefully inadequate and outdated elephant enclosure is welcomed by animal advocacy organization In Defense of Animals, who have monitored the zoo and the health of the elephants for years.

“We are delighted that Buffalo Zoo will let Jothi and Supara thaw out in a more suitable climate,” said elephant scientist Dr. Toni Frohoff. “In Defense of Animals has actively and arduously worked to free these elephants from their decrepit, unsuitable zoo conditions for over a decade. This is a positive move for Jothi and Supara, but we will continue our work to get them to an accredited elephant sanctuary where they can live as elephants instead of as exhibits. One less miserably freezing zoo exhibit for tropical elephants is a cause for great celebration.”

The Buffalo Zoo has made it onto IDA’s “10 Worst Zoos for Elephants” list five times over the last decade, most recently appearing at number six in the list in 2016.

Asian elephants are found naturally in tropical areas, whereas winter temperatures in Buffalo often drop to -11 degrees Fahrenheit overnight. During the winter months, Jothi and Supara are forced to spend their time inside, unable to exercise and forced to stand on hard concrete floors for extended periods. Foot problems are one of the biggest health concerns for captive elephants; they need varied terrain and exercise to prevent joint pain, abscesses, and other related issues.

Once Supara and Jothi are transferred to Audobon Zoo in New Orleans, there will only be three Asian elephants left in New York, held in the Bronx Zoo. These captive elephants have the same problems with freezing weather, and Bronx Zoo has also been listed on the 10 Worst Zoos list over the years.

The fight is now on to get these elephants released to a suitable sanctuary, so they can live out the rest of their lives in comfort.

“Buffalo Zoo has made a positive move for these animals and brought New York a step closer to being free of elephant abuse,” says Dr. Marilyn Kroplick, president of IDA. “Three other Asian elephants are still suffering in New York’s freezing winter climate at the Bronx Zoo, especially Happy the elephant who is kept in torturous solitary confinement. We call on the Bronx Zoo to have compassion and release the elephants to a sanctuary where they can retire in peace.”