Moses Was Once Sold to A Kill Buyer – But Now, He’s A Completely Different Horse!

Home » News » Moses Was Once Sold to A Kill Buyer – But Now, He’s A Completely Different Horse!By Katie Valentine | December 12, 2018 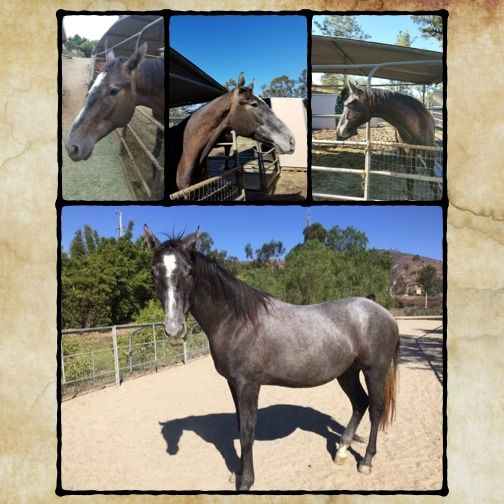 Moses and his sister, Bambi, were in dire need of help when they were discovered by volunteers from Laughing Pony Rescue.

The lining of Moses’s stomach was so heavily lined with parasites, he required an enormous intake of food to meet his nutritional requirements. For three months following his rescue, Moses was quarantined. Without treatment, he would have died within months.

Moses defied the odds and made a full recovery. Along with two other horses from Laughing Pony Rescue, he’s found a comfortable forever home in Phelan, California. At his new home, Moses has plenty of land to roam on and has made friends with the other animals. He’ll never have to suffer from starvation or without medical care again.

Like many other horses, some of whom could not be saved, Moses and Bambi had been removed from the Yakama Indian Reservation by a kill buyer and transferred to the Moses Lake Feedlot in Washington State.

The Yakama reservation and the surrounding region suffer from an overbreeding problem among wild horses, along with a lack of adequate food and land for the animals to survive on. As a result, there’s rampant starvation and an abundance of pregnant mares. Sometimes, hay is stolen from ranchers as feed for the desperate horses.

Horses are routinely shipped out of the country for slaughter from the Moses Lake Feedlot. Rescuers race against the clock to spare as many horses as they can from death, as they scramble to outbid slaughter prices as low as $1.00 per pound.

The work of Laughing Pony Rescue is, therefore, imperative to saving the lives of these innocent horses, who may otherwise have no hope of survival at all.