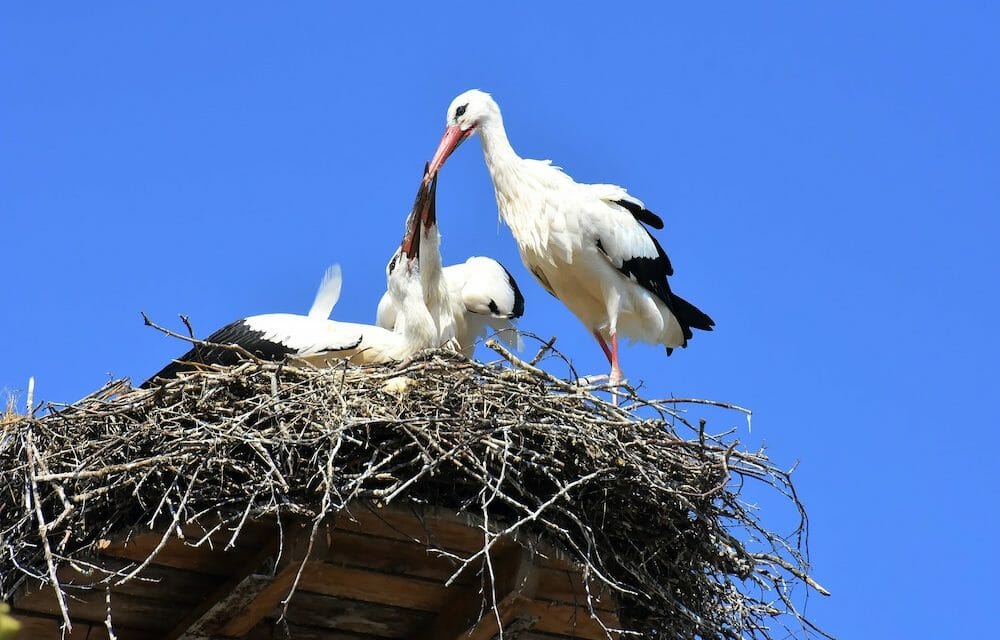 In April, five eggs were observed in a nest, and in May, The White Stork Project announced that all the baby storks had successfully hatched at the Knepp Estate in West Sussex.

“After waiting 33 days for these eggs to hatch, it was extremely exciting to see signs that the first egg had hatched on May 6,” said Lucy Groves, a project officer for the White Stork Project. “The parents have been working hard and are doing a fantastic job, especially after their failed attempt last year. These are early days for the chicks, and we will be monitoring them closely, but we have great hopes for them. This is just one step towards establishing this species in the South of England. It may be a small step, but it is an exciting one.”

We are excited about the news of the first white stork chicks in hundreds of years.

They are only recently hatched & take 60 days to fledge.

We are asking that people give them the space needed at this critical time & do not disturb the nesting sites at @KneppSafaris pic.twitter.com/RWiJruQePe

Nested in a large oak tree, the family is doing well, and the vigilant parents have been observed regurgitating food to feed their new arrivals.

The mother stork is from Poland and came to the project in 2016, and her mate is believed to be one of the 20 or so transient storks that fly to the country every year.

“This stunning species has really captured people’s imagination,” Groves added, “and it has been great following the sightings of birds from the project during the period of lockdown and hearing about the joy and hope they have brought to people.”

The White Stork Project is a joint venture between wildlife conservation groups and private landowners. It aims to restore the white stork population to at least 50 breeding pairs in southern England by 2030.