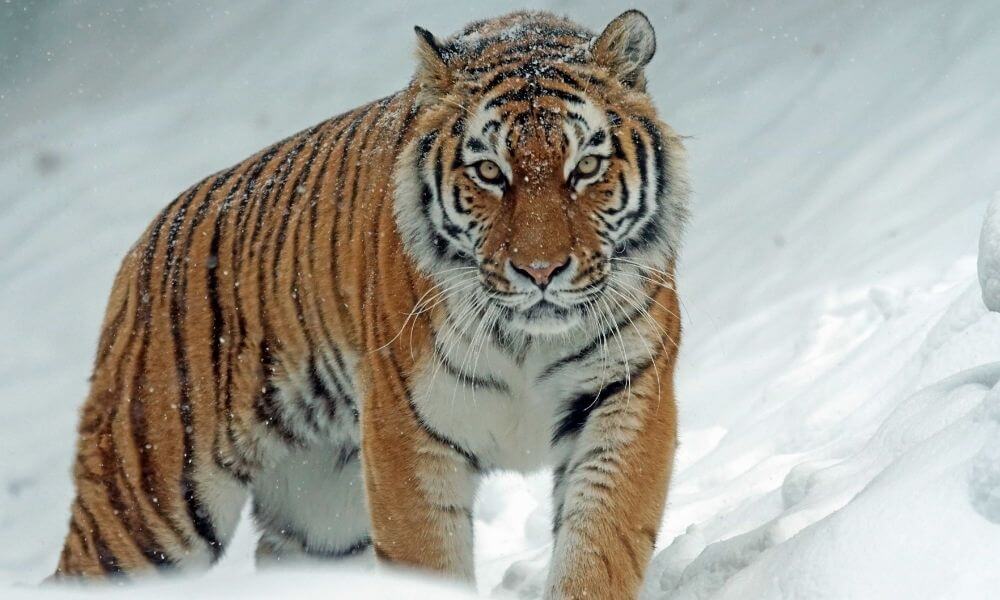 China’s endangered Amur tigers are on a stellar rebound, with populations reportedly quintupling in the last several decades due to proactive government policies, according to new survey results.

In the last eight years, camera footage has revealed at least 55 Amur tigers living in northeastern China — a major increase from the estimated eight of these endangered wild cats living in the area in the late 1990s.

Many of these beautiful animals died as a result of China’s 40-year construction boom, which led to excessive land exploitation and deforestation. Resulting aggressive measures to restrict logging and increase forest coverage near the borders of China, Russia, and North Korea helped restore the tigers’ natural habitat.

Experts say the tigers’ reemergence in the region is also largely due to two important Chinese forest-protection policies: the National Forest Protection Program (NFPP) and national-level nature reserves. These northeastern landscapes could support as many as 310 tigers, including 119 breeding females, if further conservation efforts are taken, according to a study published in Science Direct.

Dale Miquelle, the director of the Wildlife Conservation Society (WCS) -Russia, told Mongabay that the results speak for themselves.

“Persistent efforts to protect tigers have paid off,” Miquelle said. “Change has not come quickly, but there has been slow, steady progress, and we see there are great opportunities for even more recovery.”

Lady Freethinker applauds the progress of tiger preservation in northeastern China and will continue to support and bring awareness to conservation efforts of these majestic wild cats across Asia and the rest of the world.