Where Do Those Irresistible Puppy Dog Eyes Come From? 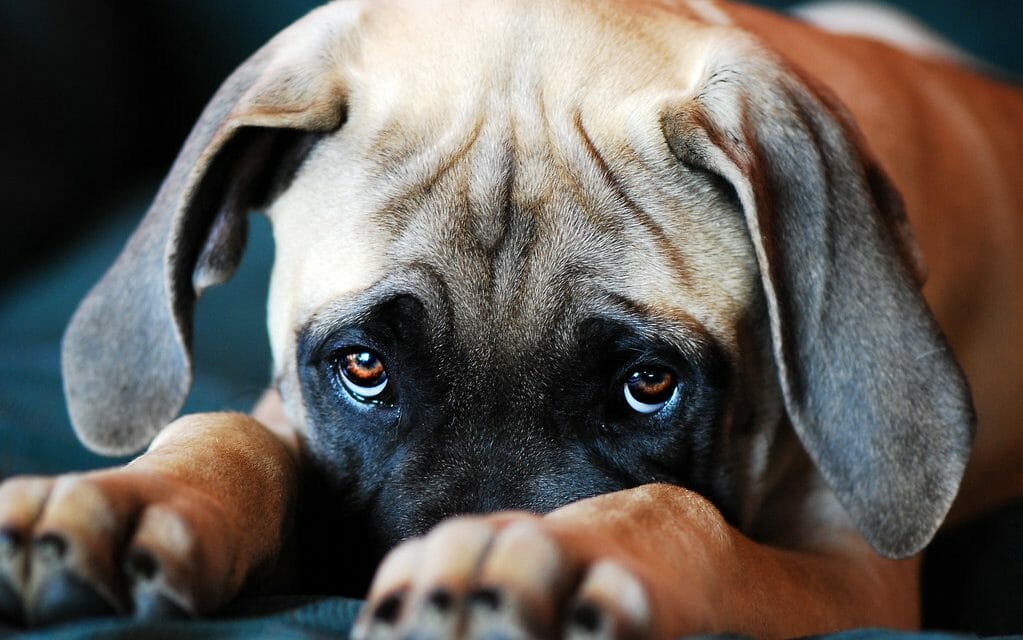 We all know how hard it is to resist the puppy dog face – sweet, begging, and hopeful. With a quick eyebrow raise, your dog can turn your answer from “no you cannot have a bite of my pizza” to “of course you can you beautiful little baby.” But, what exactly is it about this adorable facial expression that melts our hearts?

It turns out that dogs’ ability to raise their eyebrows expressively was likely introduced through human selection during the domestication process.

A new study from the journal Proceedings of the National Academy of Sciences compared the facial anatomy of specimens from four wild wolves and six domestic dogs, as well as behavioral data from nine wolves from two animal parks and 27 randomly selected dogs from animal shelters in the United Kingdom.

Researchers found that the facial musculature between the two species differed only in the eye area. A specific facial muscle responsible for the raising of the inner eyebrow was found to be uniformly present in dogs, but not necessarily in wolves. The wolves were also found to be unable to raise their eyebrows as often and as significantly as the dogs in the study.

This reveals that the eyebrow-raising ability is a trait unique to dogs, rather than a hallmark of wolf ancestry. But, how did puppy dog eyes come to be so ubiquitous as a facial feature of man’s best friend?

It may be the result of simple human preference. Dogs were shaped into the animals they are today through human selection, with the intention to obtain certain desirable traits. Perhaps eyebrow-raising was one of them.

Eyebrow-raising is also a part of perceived communication between humans and dogs. In human interactions, eyebrow movement and eye contact are communication cues to which humans automatically pay attention and respond. Humans might interpret a dog’s raised eyebrows as a communication marker and believe that dogs are responsive to human communication.

Researchers suggest that these positive interactions contributed to a conscious, or most-likely subconscious, human preference for the raised-eyebrows look. Dogs with the ability to raise their eyebrows were conferred a selective advantage in this way, leading to the manifestation of the trait over time.

While dogs may have wild ancestry, it’s clear that this facial expression is more human than wolf, thanks to the help of evolution.