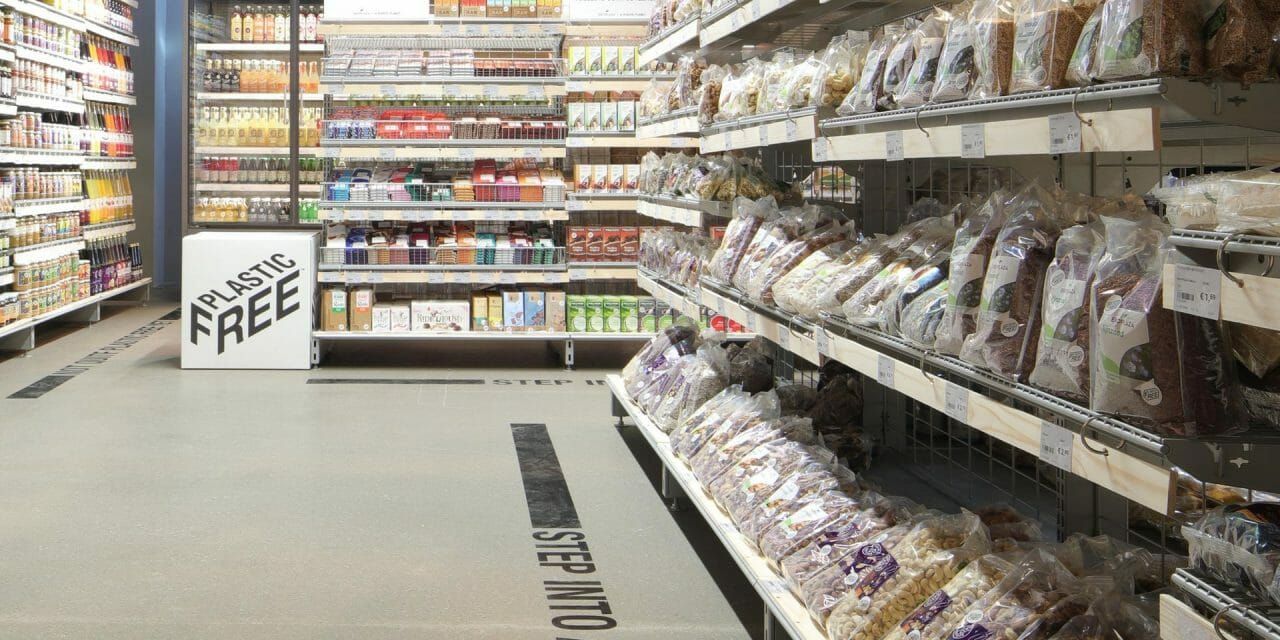 This week in Amsterdam, a Dutch chain of grocery stores unveiled an aisle with zero plastic packaging at one of its stores. Ekoplaza’s plastic-free section is being hailed as the “World’s First Plastic-Free Supermarket Aisle.”

The aisle is filled with over 700 products ranging from snacks to cereals. If a product cannot be made wrap-free, the store is utilizing biodegradable packaging. The products in the aisle are not more expensive than plastic-wrapped goods.

Last year, the Guardian published an in-depth story on the extent of plastic waste generated by supermarkets in the United Kingdom. They estimated that nearly 1 million tons are created annually.

Sian Sutherland, co-founder of A Plastic Planet, the group behind the plastic-free aisle campaign, stated that, “There is absolutely no logic in wrapping something as fleeting as food in something as indestructible as plastic. Plastic food and drink packaging remains useful for a matter of days yet remains a destructive presence on the earth for centuries afterwards.”

This campaign illustrates plastic wrapping for food products is not necessary. With it, Ekoplaza joins the wave of cities, states, countries, and other groups and individuals that have recognized single-use plastic and foam food containers are a damaging scourge and are destroying ecosystems, harming animals, and blighting the planet.