A heart-warming update from animal welfare group Four Paws International! This is a video of one of their rescued lions, Ivan-Asen, and his life-changing journey. Ivan-Asen was rescued by Four Paws from a zoo in Bulgaria and brought to their rescue center, the Big Cat Centre FELIDA, in the Netherlands.

Ivan-Asen was born in captivity and lived at several different zoos before arriving at Bulgaria’s Razgrad Zoo in 2017. He was forced to live in a tiny, filthy enclosure, suffered from several untreated medical issues, and was terribly neglected. Four Paws had already rescued his siblings from the substandard zoo and knew they had to step in and rescue Ivan-Asen, as well. They saved this lovely lion just in time, as he was practically near death. 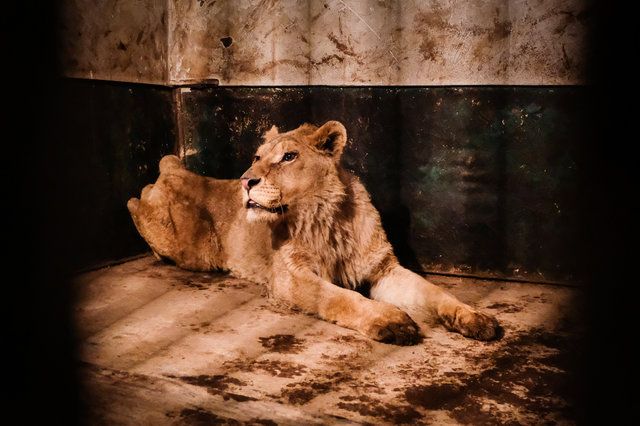 Lion Ivan-Asen lived in a tiny concrete enclosure at a zoo before his rescue. Image: Four Paws

The Razgrad Zoo is an unaccredited zoo located in north-eastern Bulgaria. Even though the zoo’s government license to keep exotic animals expired in 2014, the facility remains open to the public. For many years, the zoo made money from constant breeding — including horrific inbreeding. This uncontrolled inbreeding for profit often results in animals born with medical issues and genetic deformities. Ivan-Asen is a product of this. He suffers from a severe neurological disorder and will require specialized medical care for the rest of his life.

Although Four Paws has tried to rescue as many animals from the zoo as possible, several different species – including lions, deer, reindeer, llamas, foxes, hogs, and birds – still live in the illegal zoo. Since the city of Razgrad owns the zoo, the public is putting pressure on the mayor to intervene. Recently, an international team of veterinarians was finally allowed to provide medical care to the zoo’s remaining animals, and also sterilized several of the adult males. This will hopefully help to put an end to the illegal breeding at Razgrad Zoo. 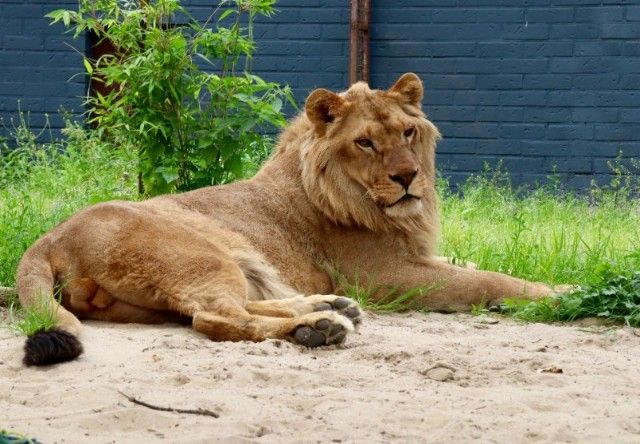 Lion Ivan-Asen recovers at the rehabilitation center in the Netherlands. Image: Four Paws

The lucky lion Ivan-Asen is now able to fully recover at the Big Cat Centre in the Netherlands, which is located in the Dutch town of Nijeberkoop. Four Paws has been running the center for several years, and the facility’s main goal is to rehabilitate tigers and lions rescued from zoos and circuses.

Four Paws has plans to expand the rehabilitation facility in the future, so even more big cats can be rescued. The organization also runs a large lion sanctuary in South Africa called Big Cat Sanctuary LIONSROCK. Thanks to Four Paws, Ivan-Asen has made an amazing transformation and can finally live a carefree and happy life! 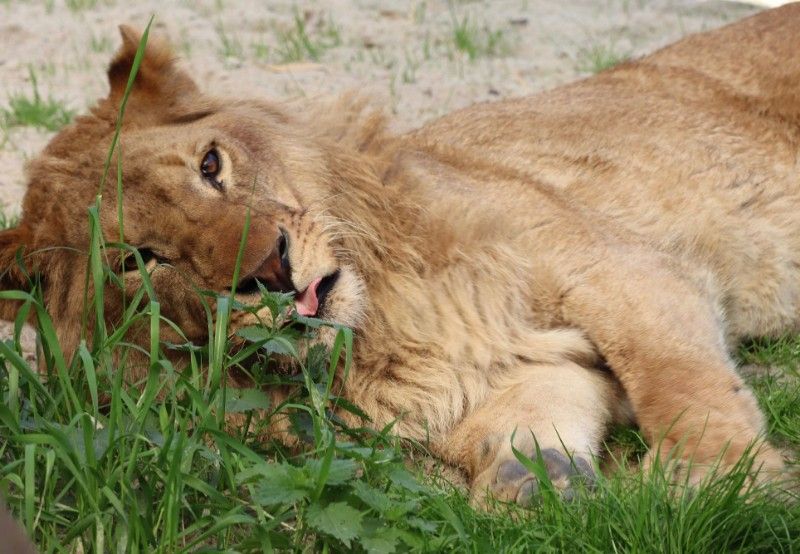