Triumph, a koala born with a missing foot, is enjoying newfound freedom after a dental prosthetist fitted him with a prosthetic limb.

After the koala and his mother were discovered in New South Wales in 2017, veterinarians determined Triumph’s missing limb resulted from a birth defect, ABC North Coast reported. Marley Christian, a veterinary nurse with Friends of the Koala who rescued and treated Triumph, discovered that booties and doll socks relieved his sensitivity.

Christian set out to find someone qualified to craft a prosthetic limb for Triumph. One company, which specializes in making animal prosthetics, tried and failed several times to craft a comfortable device.

“We were told it had not been done and could not be done,” Christian told ABC North Coast.

Then, Lismore dental prosthetist Jon Doulman volunteered to make a limb for Triumph. He created a rubber boot-like device that attaches to the leg with velcro.

The koala immediately took to the contraption, which fits comfortably and stays in place while he climbs and moves around.

Triumph, now five years old, will never return to the wild due to his disability. But he now lives in comfort thanks to the dedicated nurse and generous prosthetist who went the extra mile to enhance his quality of life. 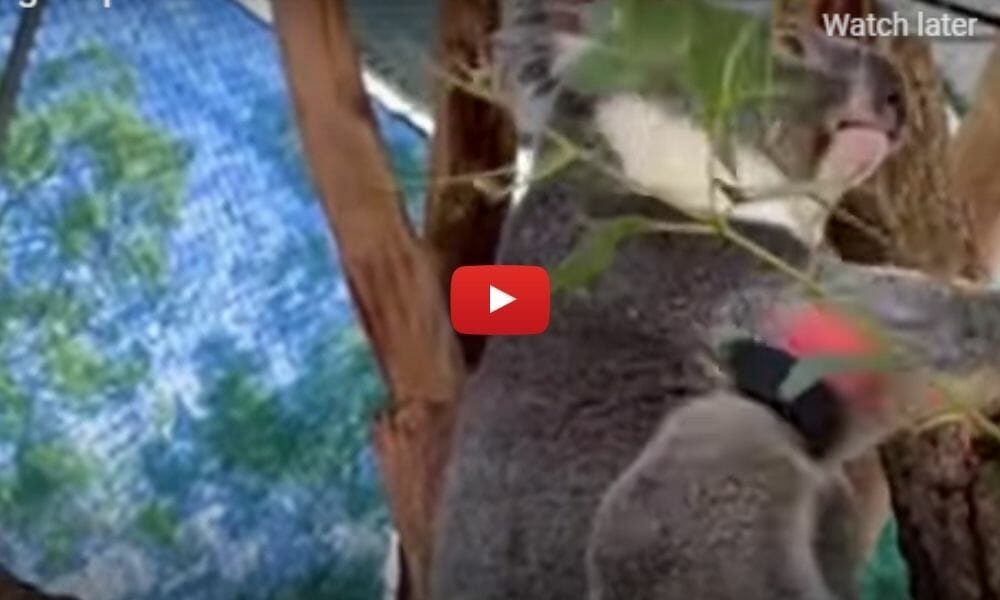