VIDEO: Terminally Ill Boy Sent Hundreds of Heartwarming Animal Videos to Cheer Him Up In His Last Days

A terminally ill boy in South Wales is being comforted by animal videos from around the world during his final days.

Eleven-year-old Harvey Hawkins is receiving end-of-life care for a host of health issues. He can no longer eat because of a condition that prevents food from passing through the GI tract. Doctors recently informed Harvey’s family they had done all they could to prolong his life.

A March 15 Facebook post about Harvey meeting the Wales rugby team mentioned the youngster loves dogs. The post went viral, and over 1,000 adorable and funny animal videos poured in for the boy from places as far away as Mexico, Australia, and Alaska.

Harvey recently received a visit from a therapy dog named Nico. His mother, Jamie-Louise Wallace, stated in an interview with the Daily Mail that the dog provided her son with relief that is typically only achievable through medication.

In this video, Harvey enjoys some of the animal clips he received while Nico and his mom keep him company.

Harvey’s story is a heartwarming reminder about the healing power of animals and we sincerely hope Harvey is peaceful, surrounded by the love of his family and newfound furry friends. 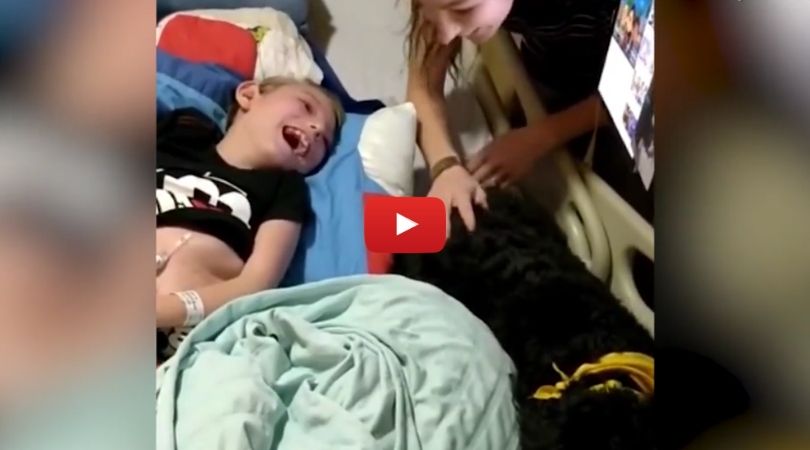