VIDEO: Kind Woman Raises Orphaned Possum Just As She Would Her Own Baby

When a woman learned the plight of a litter of possums orphaned when their mom was hit by a car, she fell in love with one in particular. Amos couldn’t be released back into the wild because of a metabolic bone disease rendering him unable to hold things. He was also malnourished, and had slight brain damage from the accident. She knew she was meant to be Amos’s mom, and with a friend’s encouragement, she adopted him.

Possums are extremely needy, but Amos’s mom doesn’t mind shifting her other responsibilities around to care for him. Amos’s diet requires lots of veggies – something possums don’t like very much, according to her – so his food has to be pureed. Possums are also nocturnal, so she wakes up frequently at night to care for him.

Amos has made major progress recovering from his struggles. Under the watchful eye of his protective human mom, he’s started to climb – something rescuers weren’t sure he’d be able to do very well.

Despite Amos requiring as much attention as a baby, his mom loves having him around. She’s often exhausted, but says it’s worth it because she loves watching his every move and is so proud of how far he’s come. 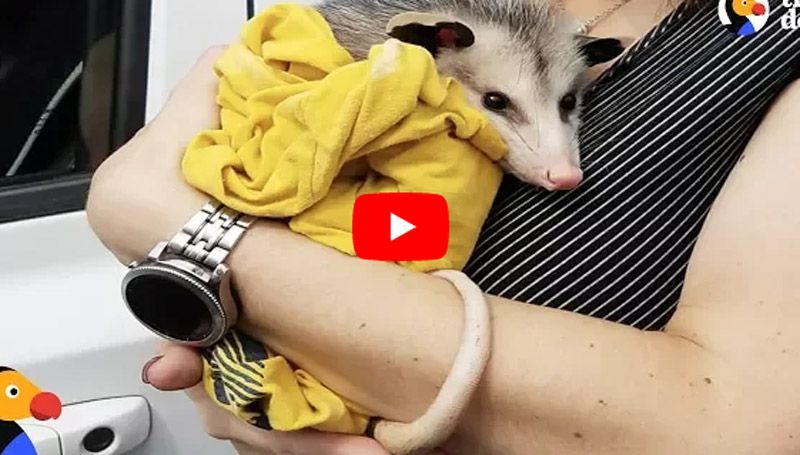