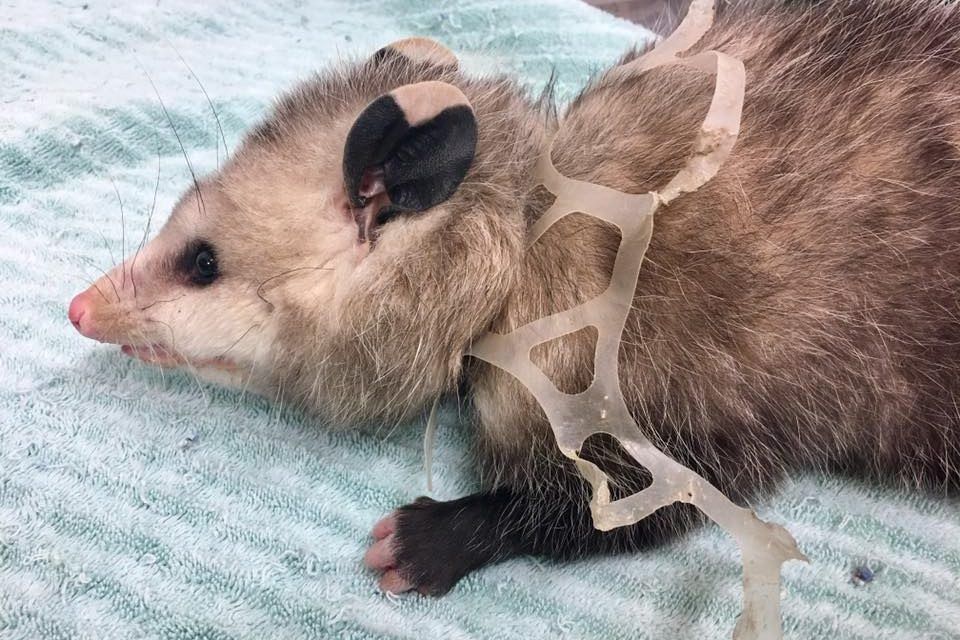 Ringo the opossum wasn’t doing well when a homeowner in Amarillo, Texas found him unresponsive in his driveway and made a call to animal control earlier this month.

When Stephanie Oravetz, founder of Wild West Rehabilitation Center, was called to help, Ringo had a plastic 6-pack ring strangling his body, was infested with maggots, and had been slowly suffocating for weeks.

Since it was a late-night emergency call and the veterinarian’s office was closed, Oravetz and animal control officer Kara Pierce did triage work on the animal, removing the plastic rings and cleaning the wounds that circled his neck and leg.

“His head was swollen from the plastic ring cutting off some circulation,” Oravetz told Lady Freethinker. “The ring went around the right side of his neck and down and under the left leg. It was embedded pretty deep. You could tell it was not a recent injury and he had a few maggots in the wound. “

After veterinary care and lots of TLC–which included hydrotherapy rehabilitation twice a day—Ringo has made a beautiful recovery.


“He is doing terrific!” said Oravetz. “His wounds are healing fast, he is gaining weight, and even has a little bit of an attitude, which is all a good sign.” 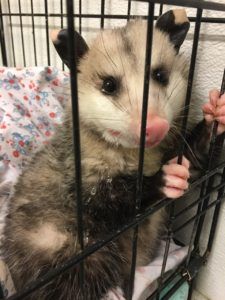 Sadly, Ringo is one of the lucky ones. Improper disposal of plastic products has been killing wildlife for decades. Even as technology improves with the invention of photodegradable plastic, recyclable plastic, and even edible plastic, cheap, toxic plastics remain the norm — and it’s still crucial to cut those six-pack rings before discarding them. Even better, choose products that don’t use them at all.

As for Ringo the opossum,  he should be fully recovered within the next few weeks, and, according to Oravetz, “He will be released back into the wild on protected land far away from humans.”