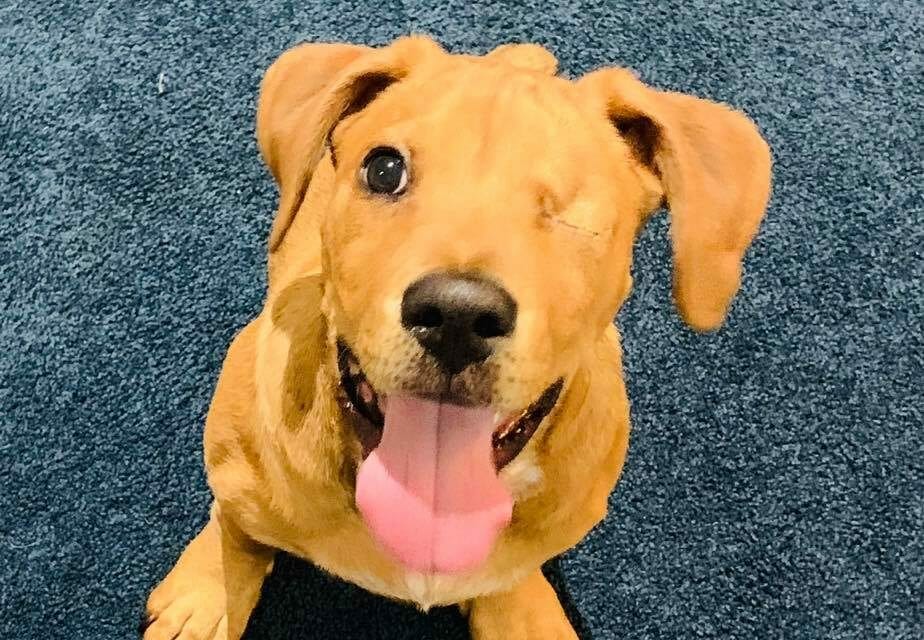 After being abandoned in a park with his sibling in Butler County, Ohio, on March 13, a three-month-old puppy named Trooper was hit by a train, causing him to lose an eye, his tail and his hind legs.

His sibling was later found in the city of Fairfield.

Police have arrested a 17-year-old from Hamilton, Ohio, for abandoning the dogs, and the culprit now faces misdemeanor charges of animal cruelty and abandonment.

“If the juvenile would have just taken the dogs to the shelter, Trooper may not be injured today,” Sheriff Richard K. Jones explained in an interview with Fox 8 Cleveland. “I am sure Trooper will find a great forever home, but his limited quality of life could have been prevented if this individual made a better decision.”

When Trooper’s story was shared on social media, hundreds of adoption offers poured in, but it was Elizabeth Forman who turned out to be the perfect fit as Trooper’s new guardian, and she now provides him with a loving forever home. Together, they raise awareness about animal abuse and neglect by traveling to local businesses and schools to educate people on animal welfare.

“He’s just getting on with life,” Forman said of Trooper’s progress. “He’s getting on with what he’s supposed to be is a puppy. He does that quite well. He doesn’t have any restrictions for himself.”

Trooper’s inspiring journey and his efforts to give back have attracted thousands of followers to his Facebook page.

This heartwarming story reminds us that all rescue animals have a purpose and deserve a second chance at life, regardless of their physical setbacks.