After getting stabbed seven times and almost bleeding to death, a pit bull puppy named Smoke is living her best life in her new forever home with the former police officer who saved her life.

Brad Chambers found the injured puppy beneath his truck in Virginia Beach, Va., bleeding profusely from multiple stab wounds. She had narrowly escaped her attacker and would have died without his help.

“The stab wound penetrated so deep into her neck that it damaged her trachea,” Chambers told WTKR.

Using a trauma kit he had in his truck, Chambers sprang into action to keep the puppy alive, using a product called Quikclot to stop the bleeding from her jugular vein and carotid artery. She was then transported to an animal hospital for surgery.

Chambers fell in love with Smoke right away. He generously contributed over $5,000 to her $15,000 medical bill while fundraisers covered the rest. He eagerly expressed his family’s willingness to take her in permanently.

“I’m pretty emotionally invested in the dog,” he told NBC 12 shortly after the harrowing rescue. “I have the family to offer it the compassion that we feel would make it into a very fulfilling life.”

When Smoke’s former guardian — who is facing animal cruelty charges — relinquished custody, Chambers jumped at the chance to adopt her.

“She’s one of the most loving dogs I’ve ever met,” he said.

Smoke is almost fully recovered from her surgeries and is blossoming into an energetic and loyal dog, seemingly unaffected by the traumatic abuse she endured so early on in her life.

“This is a dog who needs to find a place that everyone around her is going to benefit from her lovingness,” said Chambers, who revealed that Smoke is training to become a certified therapy dog.

Lady Freethinker applauds Brad Chambers for his quick-thinking and commitment to compassion, which saved Smoke’s life. 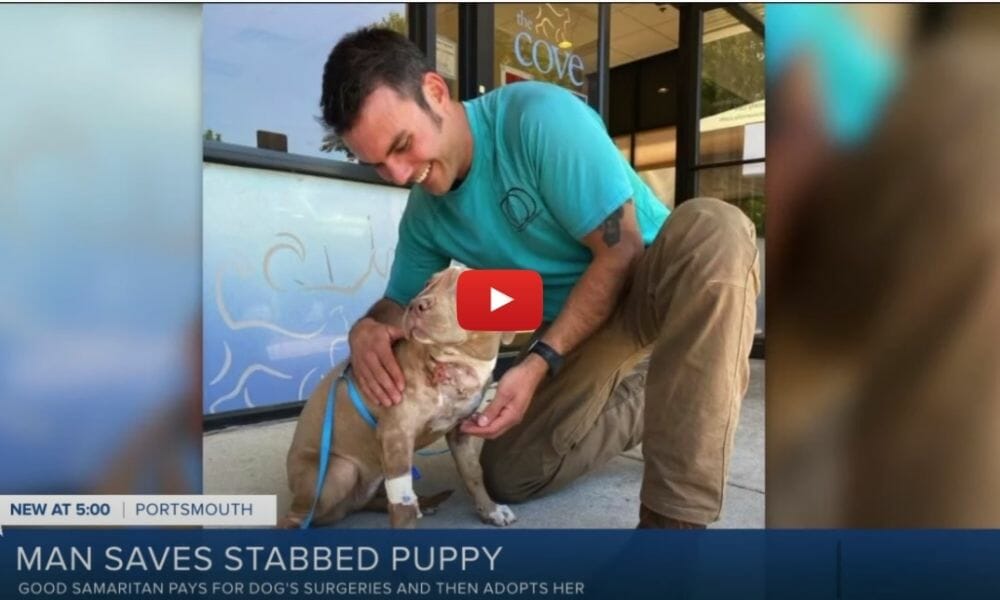