A broken piece of sidewalk was patched up before anyone knew there was a pregnant dog trapped underneath. The dog had crawled under the bricks before the opening was repaired. When concerned citizens realized she was stuck helplessly beneath the concrete, they tried to get help from the local rescue agency but were unsuccessful.

The heroes decided to take matters into their own hands and rescue the dog themselves. After the necessary bricks had been removed, reopening the hole the dog had entered through, the rescuers were still unable to see her. That’s when the man who’d removed the bricks took it upon himself to start digging in search of the distressed dog.

When he caught a glimpse of the mother-to-be, the group of rescuers began to coax her out from the hole, being extra careful of handling her in her delicate state. Gently and patiently, they pulled the grateful canine to safety.

Thanks to the compassion of ordinary citizens, the mother dog and her puppies survived without injury! 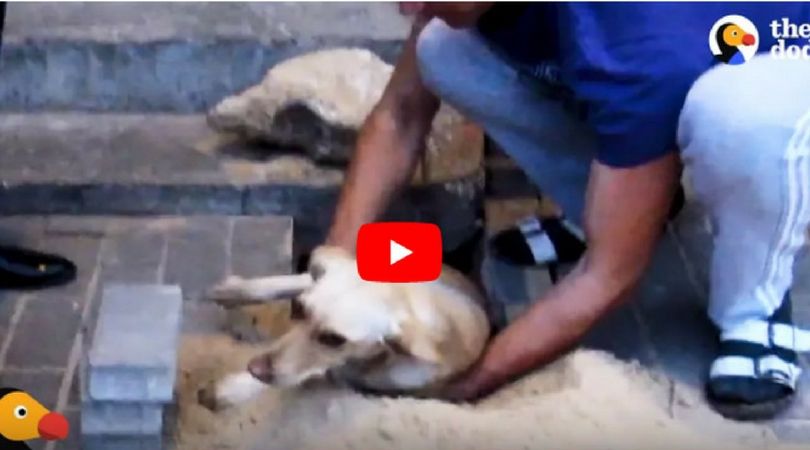