VIDEO: Injured Seal Returns to the Wild After ‘Miracle’ Recovery

An Atlantic grey seal was found near death on Horsey Beach in Norfolk, England due to an injury caused by a Frisbee that had gotten stuck around her neck. Frisbee, as she’s appropriately been named, was rescued by volunteers from an organization known as Friends of Horsey Seals. The disc had become embedded in her neck, causing a deep wound. Once it was removed, she was given antibiotics and steroids.

After five months spent recovering at the RSPCA wildlife centre in Norfolk, Frisbee was ready to be released back into the wild. She’d recovered from her wounds and, thanks to a nourishing diet, gained a healthy amount of weight. Watch the video to see Frisbee’s return to the ocean!

Frisbee is just one of 350 seals cared for by the RSPCA in the United Kingdom last year. The organization relies on public support to provide for the animals’ needs. From the veterinarians and volunteers that care for injured animals to those who donate toward the cause, no part is too small when it comes to rescuing wildlife. 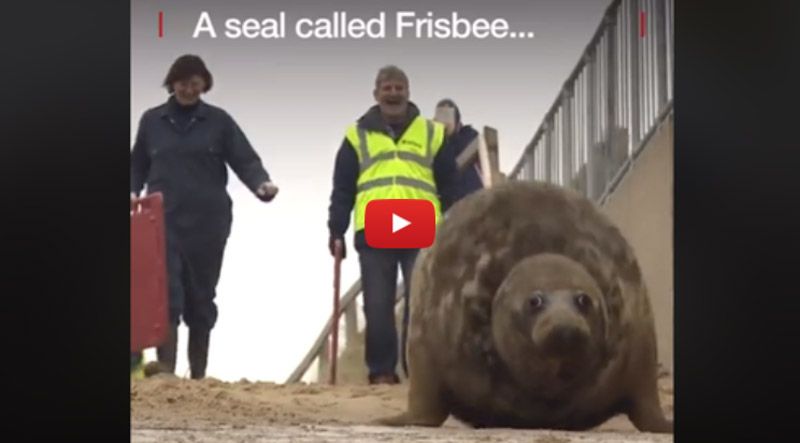