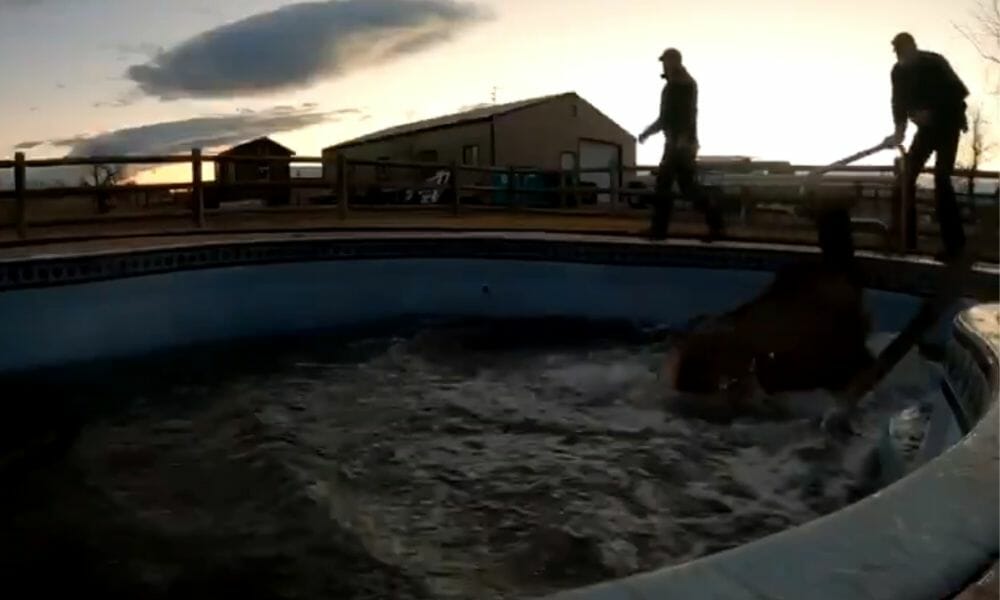 Colorado Parks and Wildlife (CPW) officers sprang into action. With help from the Loveland Fire Rescue Authority, they used straps to patiently and carefully pull the elk to safety.

Footage of the rescue shows one of several attempts the officers made to gently guide her out of the swimming pool before they succeeded.

To get the elk out of this pool in Loveland, they got straps around her and then the wildlife officers and @LovelandFRA firefighters pulled it out. It took a few attempts to get her out. Wildlife officers estimated she weighed 500 pounds. pic.twitter.com/xfsJt3MFT0

Thankfully, she got out of her odd predicament unharmed. After warming up for a bit, she joined a herd and wandered into the wilderness.