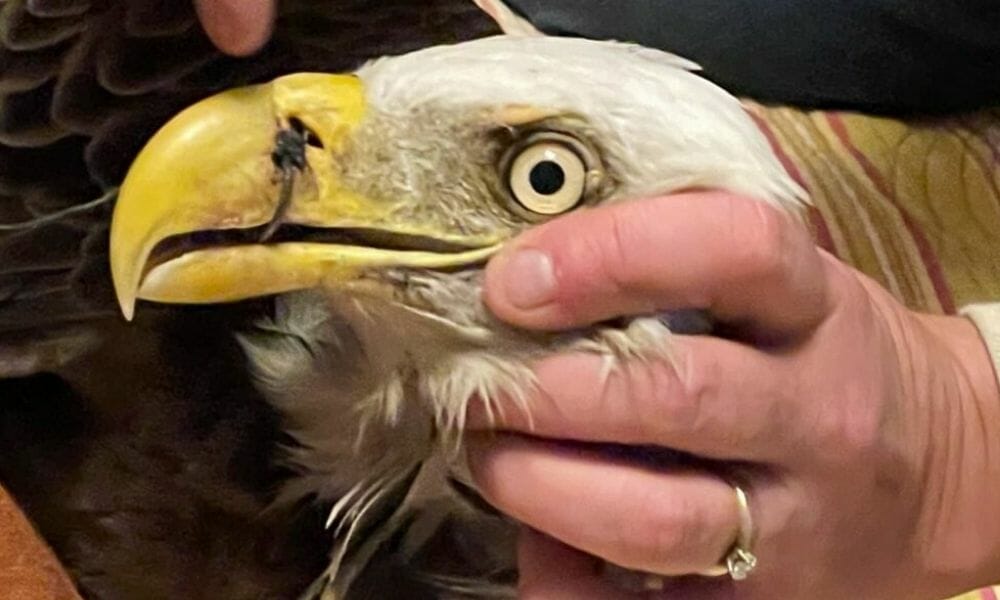 The children found the injured and exhausted bald eagle with its beak tangled in the fishing line. They carried the distressed bird to Pasco County Fire Rescue Station 21, where they knocked on the door and asked for help.

Firefighters noticed the federally-protected eagle was underweight. The fishing line and hook wrapped around his beak and wing had prevented him from eating.

“It appears that the eagle was wrapped in the line for about two days, was underweight, and dehydrated,”  the agency posted on its Facebook page.

The crew contacted the Owl’s Nest Sanctuary for Wildlife in Odessa, Fla., for assistance. Sanctuary staff successfully removed the hook from the eagle’s beak.

He will continue recovering at the sanctuary until he is ready for release and is reportedly doing well.

“He’s chomping down all his meals with great enthusiasm and doesn’t leave a crumb behind,” the sanctuary wrote in a Facebook post. “In the meantime, this big guy is resting and recuperating — he’s already looking so much better!”

While this story likely will have a happy ending, it’s a good reminder that improperly discarded waste — particularly fishing gear — poses grave threats to wildlife.

Lady Freethinker encourages people to pack out or properly dispose of any fishing twine or garbage while enjoying the outdoors.

It’s also important to remember that most states have laws that make it a crime to own, care for, or otherwise handle wildlife without an official wildlife rehabilitation license. It’s always best to call local authorities or certified wildlife rehabbers for help if you find an animal in distress, for both your safety and theirs.