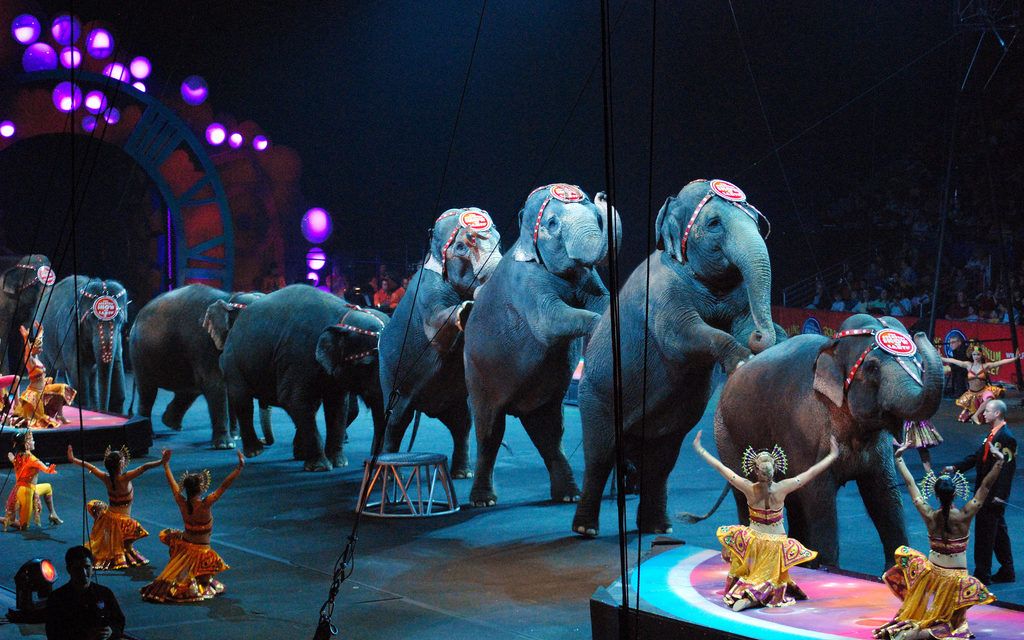 Last Friday, August 18th, Gov. Bruce Rauner of Illinois signed a bill into law that prohibits traveling exhibitions, like circuses, from including elephants in their performances – a motion that animal lovers and activists alike have been urging for decades. Illinois is now the first state to pass legislation banning elephants in traveling performance troupes, although New York and New Jersey have previously made attempts to pass similar laws without success.

The bill, sponsored by Sen. Linda Holmes, passed 55-0 in the Senate and 91-14 in the House. All votes opposing the bill were cast by Republicans, including State Rep. Barbara Wheeler and State Rep. Tom Morrison.

Morrison stated that he opposed the bill because “these sorts of exhibitions, there is value in them.”

Wheeler opposed the bill because the popularity of elephant performances has been declining steadily for several years, and that she believed “we need less government in business decisions.”

The bill officially goes into effect on Jan. 1, 2018. While it bans elephants from circuses and similar traveling entertainment groups, it does not prohibit the exhibition of other wild animals, like lions or tigers. It also does not affect elephants held in captivity in zoos and sanctuaries. There are currently no elephants in any such organizations in Illinois.

Every major circus in the United States has been cited by the Animal Welfare Act (AWA) for violating the minimum care requirements for their animals, including Carson & Barnes Circus, who publicly appealed to Illinois citizens to contact Gov. Rauner and ask him to vote against the bill. As many as 50 elephants, as well as countless other wild animals, still perform in traveling circuses across the United States.

Performing elephants have long been trained, by means of physical punishment and deprivation of food and water, to perform wholly unnatural acts that they would never otherwise do in the wild. They are frequently kept in solitary confinement for up to 96% of their lives, even though wild elephants live out their lives in close contact with  other elephants in a family-like structure known as a herd.

Although elephants have scored a major win in Illinois, the fight to end animal abuse for public entertainment still has a long road ahead. To help save circus animals from a lifetime of misery and abuse, contact your local lawmakers and voice your concerns. If you witness animal cruelty at the hands of a circus or other exhibition group, contact your local animal control authorities.