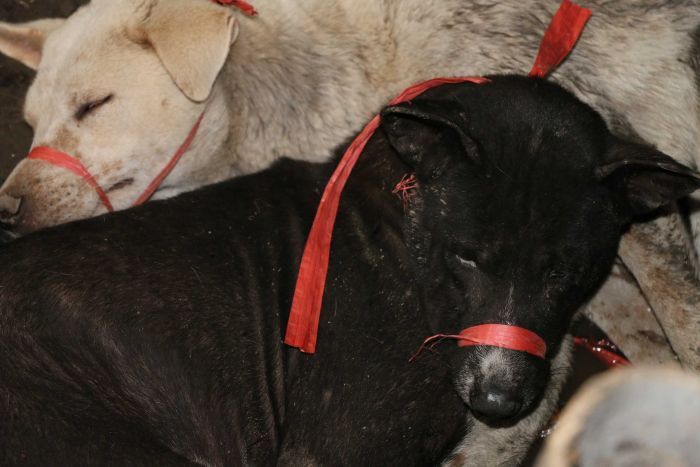 The governor of Bali has issued a letter calling on government agencies to stop the sale of dog meat after an undercover investigation revealed tourists were unknowingly being served dog.

Last month, animal advocacy group Animals Australia released a revealing and disturbing report on Bali’s dog meat trade. Dog meat is legal in Bali but the report showed that dogs were being caught, bludgeoned, poisoned, and butchered. And after they were cooked, vendors were lying to tourists and passing it off as chicken satay.

Animals Australia’s investigator took footage of the captured dogs. They were bound and muzzled, housed in darkness in their own feces and urine. They were whimpering and struggling to breathe. The investigator filmed dogs being beaten to death with metal poles, gunned down, and poisoned with food laced with cyanide. Their investigation also found that dogs were being caught in areas that had documented cases of dogs infected with rabies. 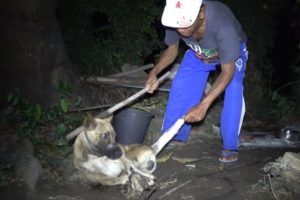 Dog meat sold to unsuspecting tourists has a real potential to make them sick. Small concentrations of cyanide can cause symptoms like stomach aches and diarrhea, and if you eat contaminated meat regularly it could lead to organ and nerve damage.

The governor’s letter calls for Indonesian government ministers and heads of departments to end the sale of dog meat. It also calls for community education and data collection on the sale and consumption of dogs. The letter cites the negative impact on tourism as well as on human health.

Despite the gruesome treatment of dogs that was uncovered, this investigation by Animals Australia and the subsequent letter from the governor of Bali is encouraging. It demonstrates the impact of advocacy and is an important step forward to ending the capture, abuse, and slaughter of dogs in Bali.

Animal rights activists in Bali are cautiously optimistic. The founder of Bali’s Animal Welfare Organization has noted that this was a good first step, but it is not a full ban on eating dog meat (just a ban on sales). The Balinese government must clarify this letter and how the ban will actually be carried out.