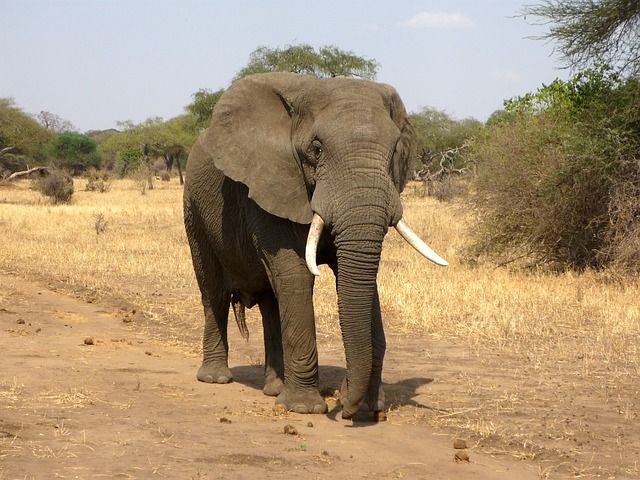 Roll up, roll up! Come to the circus to watch frightened, tortured animals perform painful and unnatural acts. Don’t forget your popcorn…

In recent weeks, the Pietermaritzburg High Court in Johannesburg has prohibited the exportation of elephants from South Africa to Dubai to join the circus. According to the NSPCA, the law decrees that “no wild or captive elephant may be exported for the purpose of keeping it in captivity in a controlled environment.” This brilliant news has reassured millions around the world who are against the training of animals for entertainment purposes.

Animals of the circus are notoriously tortured into learning ridiculous routines for cheering crowds. Fortunately, circus owner Brian Boswell failed to overturn the law which bars the exportation of animals for this cruel and unnatural use. Boswell intended to have five of his trained elephants sent to a Dubai circus in return for three million Indian rupees.

This recent ban of circus-trained elephants from South Africa is a positive step towards completely discouraging the involvement of animals in circuses. The NSPCA has been ‘campaigning for many years’ for the abolition of wild animals in the entertainment industry and welcomes the judgement of the Pietermaritzburg High Court.

At the circus, animals are forced to dance around the stage like cartoon characters; a phony facade of the grim reality. Circuses have been a form of entertainment since the sixteenth century when the combination of zoological exhibitions, acrobatic performances and ‘trick animal acts’ grew popular. But now we know better than to include animals in the show. 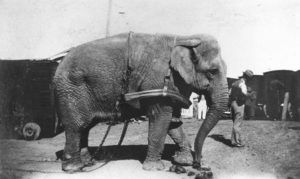 Animals are made to perform unusual acts such as walking along a barrel as it rolls across the ground, dancing around the stage and holding shocking acrobatic positions while wearing humiliating headpieces.

Elephants are outstanding creatures; They are awe rendering in their beauty, size and intelligence. Unfortunately, this makes them a target for ruthless entertainment industries such as the circus, who train these animals using sickening, abusive techniques.

The animal performances are a consequence of a Pavlovian conditioning: An animal is taught to react to a command with a specific response. These ‘commands’ are usually trigger words or actions made by the trainer that are swiftly followed by a form of abuse. Eventually, the animal will associate those words with pain or fear, motivating them to carry out the command. The animals you see in a circus are repetitively tortured day after day and since most circuses are traveling, access to medical care and decent living conditions are rare.

Disturbingly, elephants are taught to fear bull hooks from an early age. Circus trainers will use them, as well as electric pods and ropes, to force, intimidate and frighten elephants into performing painful routines. Circuses take the elephants away from their mothers when they are just 21 months old. In the wild, male elephants typically stay by their mother’s side through adolescence, while females stay with their mothers for their entire lives. Elephants are social animals who instinctively travel in herds. This heart-breaking separation is a disgusting reflection of the disregard for many have for animal welfare. Taken captive in their early years, the animals are enslaved to a life of phycological and physical torture.