Home » News » The Vervet Forest Project Aims to Give Rescued Monkeys A Second Chance at Life in the WildBy Carly Day | June 13, 2018 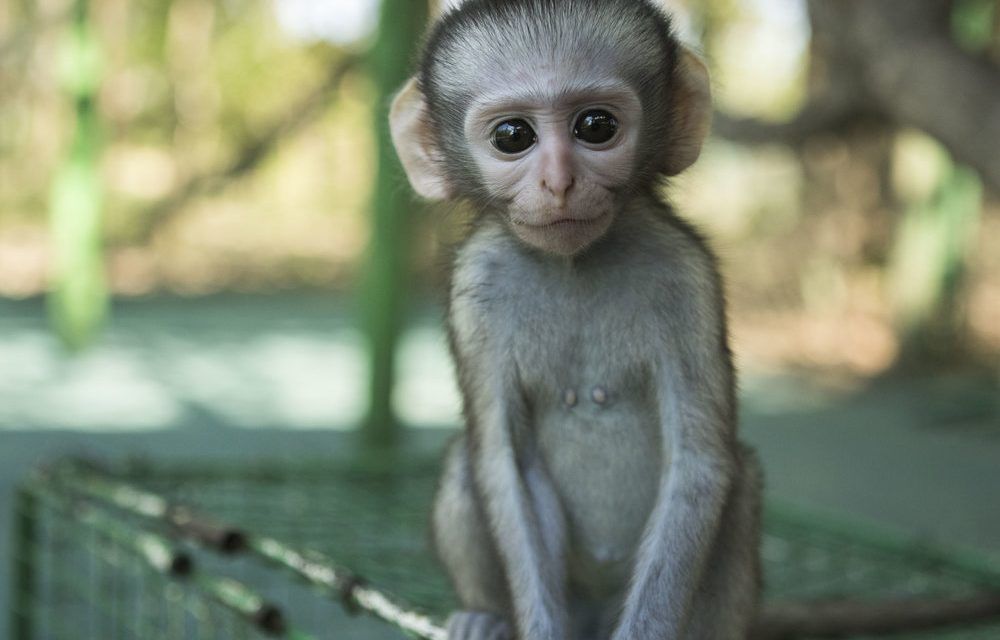 The Vervet Monkey Foundation (VMF) in South Africa is raising funds to create an extensive wildlife reserve and sustainable living education center in South Africa, where they can release the hundreds of vervet monkeys currently held in their sanctuary.

Based in the Limpopo Province of South Africa, the foundation has been operating for around 25 years and currently cares for more than 550 vervet monkeys, split into 14 different troops.

Viewed as pests by the local community, vervet monkeys are shot, poisoned, purposely run over, and even trapped for use in witchcraft ceremonies. However, the VMF say these animals are “incredible, socially sophisticated and intelligent Old World Monkeys.”

Kyle Salazar, director of the Vervet Forest Project, says that in spite of their best efforts, the sanctuary continues to take in more and more monkeys every year.

“This year we received a total of 38 orphans, on top of the countless other injured adult and juvenile monkeys that we receive regularly,” said Salazar. “The numbers are just not slowing down because of the land destruction; most of them will simply end up back on farms or in neighborhoods and precarious situations. Our dream is to be able to release all of our troops into The Forest and to create a piece of nature simply for wildlife.”

The VMF aims to purchase several hundred acres of land that will be planted with native forest, where the monkey troops living at the foundation can eventually be released and protected.

“It is our goal [to rebuild a forest landscape]. One which is lush and fertile, full of indigenous flora and fauna, which can provide natural food and nourishment for the animals that inhabit the land,” states VMF.

Along with the release site, VMF intends to create a wellness center featuring sustainable housing that teaches visitors how to live healthy and sustainable lives. They are also passionate about educating local communities about human-wildlife conflict.

The center will provide many jobs for locals and encourage them to “become stewards of their own land.”

To fulfill this vision, VMF needs to raise one million dollars, and is seeking investors and sponsors to make The Vervet Forest Wildlife Reserve a reality.

You can witness VMF’s incredible work with these adorable primates on their YouTube Channel, which features a popular documentary now airing on National Geographic and Nat Geo Wild called Little Monkey House.