These Simple Bamboo Fences are Saving Elephants from Dying In Wells 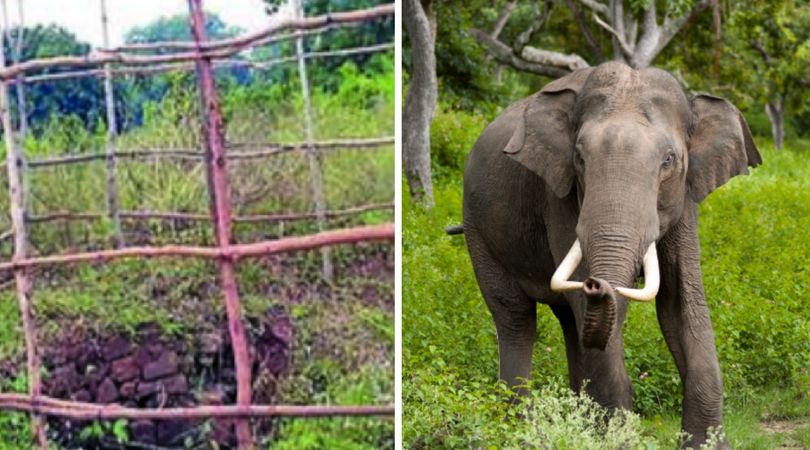 The forest department in the Athmalik district of Odisha, India has begun construction of simple wooden or bamboo fences around abandoned wells to prevent elephants from falling into them.

Last year, the department reported that 41 elephants had fallen into wells since 2012, resulting in the deaths of five animals. In October 2017, a two-year-old elephant calf fell into one of these abandoned wells and died. Villagers only came across the calf after it had already been stuck there for 24 hours.

There are many elephants living in the forested areas in and around Athmalik. These animals often come into conflict with human settlements, damaging crops and houses. The abandoned wells pose a real threat, with the elephants unable to calculate their depth and becoming trapped or injured.

Creating fences around these old wells is a simple and low-cost process, only requiring the cost of labor.

“We have bamboo that are cut and pruned to allow further growth. So are the branches of other trees. We will mix both and raise a fence, four to five feet above the ground,” said Samyak Samantra, divisional forest officer for Athmalik.

Although the fences can be damaged by the elephants, they aren’t intended to create an indestructible barrier; they serve to catch the attention of the elephants and alert them that there is some kind of physical structure present, preventing them from stumbling haplessly into a hole.

With an estimated total of only 1841 elephants in Odisha, every life is precious. As with most wild places in the world, the biggest risk to elephants is poaching, with 188 animals in the state lost to this illegal trade between 1990 and 2004.

During that same period, there were 3425 recorded instances of human/elephant conflict, and elephants damaged 18,152.67 acres of crop land. Wildlife organizations and NGOs are attempting to mitigate the growing problems caused by the loss of animal corridors, migratory routes and habitat fragmentation through the use of elephant proof trenches, rubble walls and electric fences, along with public education during the high season for these events.

This simple initiative of bamboo fencing will help to prevent further injury and loss of precious lives, and is an important step forward in protecting the elephants of India.