Veganuary 2022: Are You Up for the Challenge?

Home » Animals » Veganuary 2022: Are You Up for the Challenge?By Lady Freethinker

It’s January, and that means Veganuary is here! The new year is always filled with the promise of a fresh start, so why not consider going vegan for the month (and beyond)?

Veganuary, a nonprofit that launched in 2014, asks people each year to try cutting out meat and dairy products for the month of January.

Ditching animal products and consuming more veggies is not only good for your health, but it’s positive for the planet too! 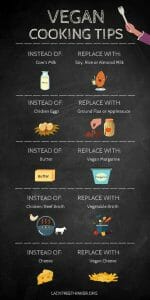 Last year, more than 500,000 people took the Veganuary pledge, with 46 percent of people surveyed saying they chose to do so for the animals, 22 percent saying they went plant-based for their health, and 21 percent making the change to have a better impact on the environment.

“At a time when many feel helpless about the state of the world, Veganuary offers people a way to take positive action,” she said.

Numerous celebrities, including Actor Joaquin Phoenix and Musician Paul McCartney, have joined the movement and echoed that call to action.

“If you look at the climate crisis or the violence of our food system and feel helpless, thinking ‘I wish there was something I could do,’ you can,” Phoenix said on Veganuary’s website. “Right now. Sign up to try Veganuary this January.”

McCartney, who has been vegetarian for more than 40 years, said he stayed with a plant-based diet because every meat-free meal is a win for the animals and the planet.

“We’re all trying to make the world a bit better, so why not sign up, take part, give it a go and see how you feel?” McCartney said. “It could be the best thing you ever did.”

It’s also easier than ever to find delicious vegan alternatives, with more than 800 new vegan products hitting supermarket shelves in 2021 and plant-based companies like the renowned PLNT Burger ever-expanding their options.

They’re also rolling out new foods and flavors – including an updated version of their Crispy and Spicy Chik N’ Funguy sandwiches –  and a partnership with Beyond Meat and SIMPLi to donate a portion of their proceeds to serving communities experiencing food insecurity through Support and Feed.

“Going vegan for 31 days has never been easier,” Mendelsohn said. “PLNT Burger was designed to satisfy even the most discerning carnivores, so now you really can have your burger, and eat it too, as the ultimate Veganuary cheat meal.”

For more information, you can head over to Veganuary’s easy-to-navigate website, where you’ll find free resources including a celebrity cookbook, easy meal plans and nutrition guides, and even emails to help coach you through the month.