USDA Sued Over Cruel Treatment of Birds at Slaughter Plants 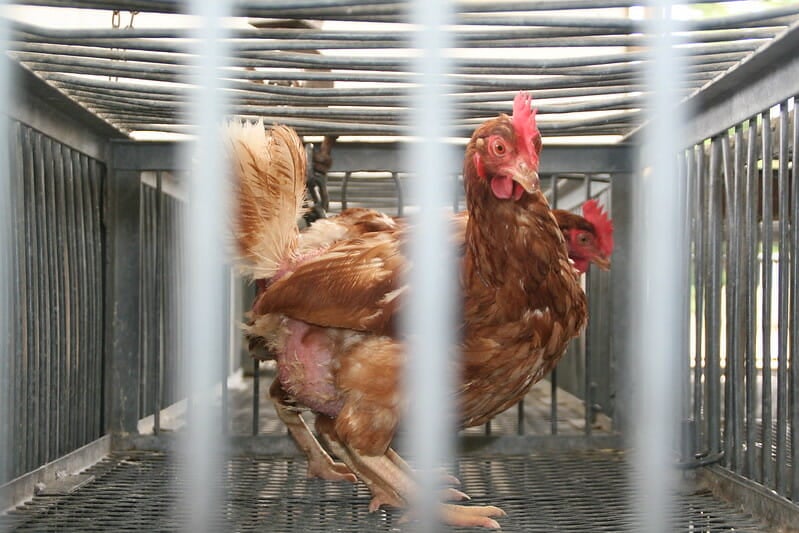 Two animal welfare organizations are suing the U.S. Department of Agriculture in federal court, citing that the department’s failure to ensure the humane treatment of birds before and during slaughter is putting consumers at risk.

The lawsuit requests that the USDA write regulations to address inhumane handling of birds that may result in adulteration, or food products not fit for human consumption, under the Poultry Products Inspection Act.

The USDA’s definition for an “adulterated” poultry product includes any product made from birds that died as a result of anything other than slaughter.

The lawsuit cites findings from USDA inspection records, obtained by the nonprofits through Freedom of Information Act (FOIA) requests, showing thousands of bird deaths from causes other than slaughter from 2016 to 2020, including:

The lawsuit also cites findings from public records stating that birds have routinely endured intentional acts of cruelty from workers, including being kicked, punched for “fun,” mutilated, run over, or placed on conveyor belts with broken legs and wings.

In November 2019, the agency denied two petitions – filed in 2013 and 2016 – asking that the department provide clear and enforceable regulations for the humane treatment of birds at slaughter.

The department said it did not have “the specific authority to prescribe requirements for the humane handling of live birds at slaughter.” This decision also cited existing regulations that require birds to be slaughtered in accordance with good commercial practices.

According to the nonprofits’ recent lawsuit, the department’s “good commercial practices” have been created by the poultry industry and aren’t uniformly applied throughout the industry — or even across USDA inspectors.

“Each year, 9 billion chickens and turkeys are slaughtered in the United States, yet the USDA does virtually nothing to prevent pain and suffering of the birds at slaughter,” said Dena Jones, farm animal program director for AWI. “The department refuses to act against industry interests — even when doing so would improve poultry product quality and help prevent the abuse of the vast majority of land animals being killed for food.”

Katherine Meyer, one of the attorneys from the Harvard Law School’s new Animal Law & Policy Clinic representing the nonprofits in the case, declared in the court filing that the USDA’s 2019 decision is “arbitrary, capricious, an abuse of discretion, and not in accordance with the law.”

The lawsuit asks for the USDA’s Food Safety and Inspection Service to develop specific and enforceable regulations to govern the handling of chickens, turkeys, and other birds at federally inspected slaughter facilities to protect products from adulteration.

Meyer said it’s likely nothing will happen with the lawsuit for at least 60 days, and possibly longer due to the coronavirus pandemic. The USDA will need to file a response or make a motion to move the case forward, she added.

The USDA did not respond with comment prior to the publication of this story.