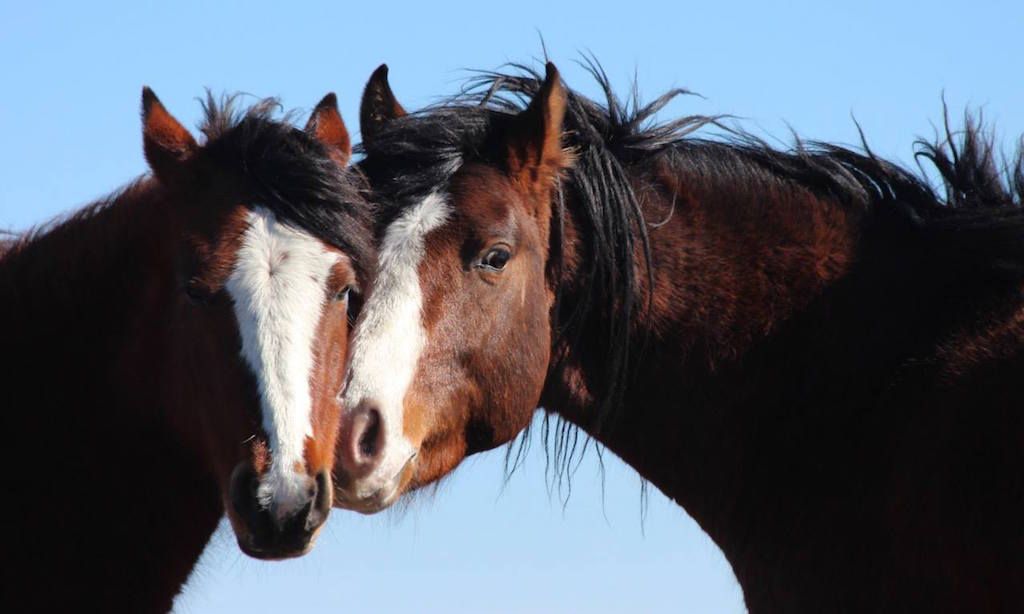 In spite of staunch opposition from animal protection organizations — including Lady Freethinker — the U.S. Department of the Interior’s Bureau of Land Management (BLM) is moving forward with plans to conduct cruel sterilization experiments on wild horses in Eastern Oregon.

Front Range Equine Rescue (FRER) has opposed this inhumane proposal from the beginning, and are not giving up the battle; the organization has filed a lawsuit with the federal court in Washington D.C. to stop the project.

As previously reported by LFT, the BLM plan to use an archaic and barbaric experimental sterilization method on wild mares in the Warm Springs Herd Management Area. The procedure involves selecting random mares from the herd — many of who will already be pregnant — giving them only a local anesthetic, cutting an incision into their vaginas and using a wire tool to rip out their ovaries.

These surgeries will be performed in non-sterile environments, with only a short monitoring period before the horses are released.

“These sterilization procedures are overly invasive, and they are unlikely to have applicability for mares on public lands,” said Laureen Bartfield, DVM, who volunteers with the BLM for the administration of noninvasive birth control. “The unvisualized removal of the ovaries, while documented in the literature, is disfavored by reputable veterinarians. The BLM’s plan is not just clinically ill-advised, it constitutes animal cruelty on a large scale.”

Previously, the research was supported by Colorado State University, but after public outcry, the university pulled out of the program. More than 20,000 members of the public responded by submitting comments in opposition to the proposal — all of which were ignored by the BLM as they announced they were moving ahead regardless.

“It is unjustifiable for the BLM to conduct such barbaric sterilization experiments with a host of known risks, including death, on wild horses,” said Hilary Wood, president of FRER. “Performing unproven surgeries in a non-sterile environment violates the BLM’s congressional mandate to care for wild horses at a minimal feasible level, especially when responsible alternatives like the PZP contraceptive vaccine already exist to maintain population levels and ensure herd viability.”