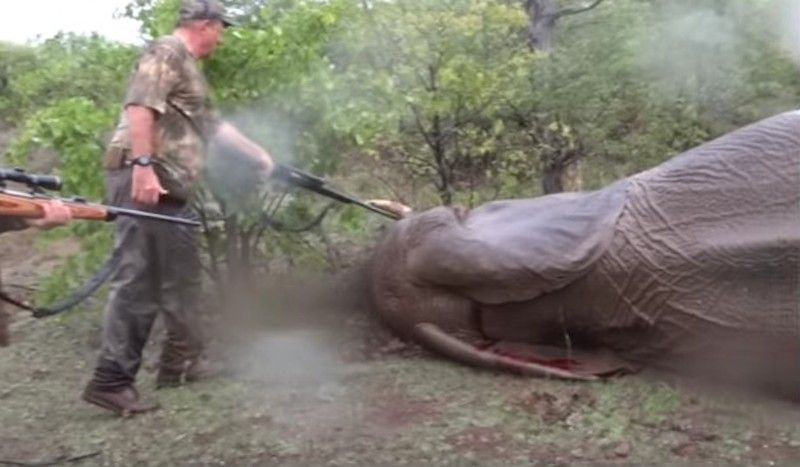 In a complete backtrack, the Trump administration has again halted the ban on imports of elephant hunting trophies from Africa. The decision, announced in a memorandum dated the first of March, states that from now on, the U.S. Fish and Wildlife Service will allow importation of these trophies on an individual, “case-by-case basis.” The memo contains little information on exactly how these cases will be determined, or what the decision-making criteria will be.

The time is now to fight back. Please add your voice to help save elephants from being ruthlessly killed for their parts:

Sign: Reverse Deadly Decision to Allow Elephant ‘Trophies’ into the US

It was just November when the administration initially tried to lift the existing ban on imports of ‘sport-hunting’ trophies from Zimbabwe and Zambia, which had been in place since 2014. After massive public backlash, this initial decision was reversed.

Trump later told Piers Morgan, “I didn’t want elephants killed and stuffed and have the tusks brought back into this [country],” implying the ban would remain permanently in place.

Interior Secretary Ryan Zinke has argued that hunting is essential for the preservation of wildlife because the trophy hunters pay fees to conservation agencies.

But Rachel Bale, a wildlife reporter for National Geographic, disputes these claims.

“A lot of the money has been siphoned away by corruption so there are serious concerns with hunting management in Zimbabwe,” she said.

Following the November 2017 decision by Trump to temporarily keep the ban in place, a lawsuit was brought by Safari Club International and the National Rifle Association to dispute the ban. The D.C Court of Appeals found that the regulation, put into place by Obama’s administration, was invalid as they had not followed the appropriate rules when calling this law into action.

Meanwhile, the conservation of African elephants in these areas is still at crisis point, with more elephants dying from poaching than from natural causes.

We believe there is no excuse to hunt any animal for “sport” and that the government needs to uphold the ban. Please sign our petition here to urge the Trump administration to reverse this terrible decision and permanently prohibit all elephant trophies in the United States.